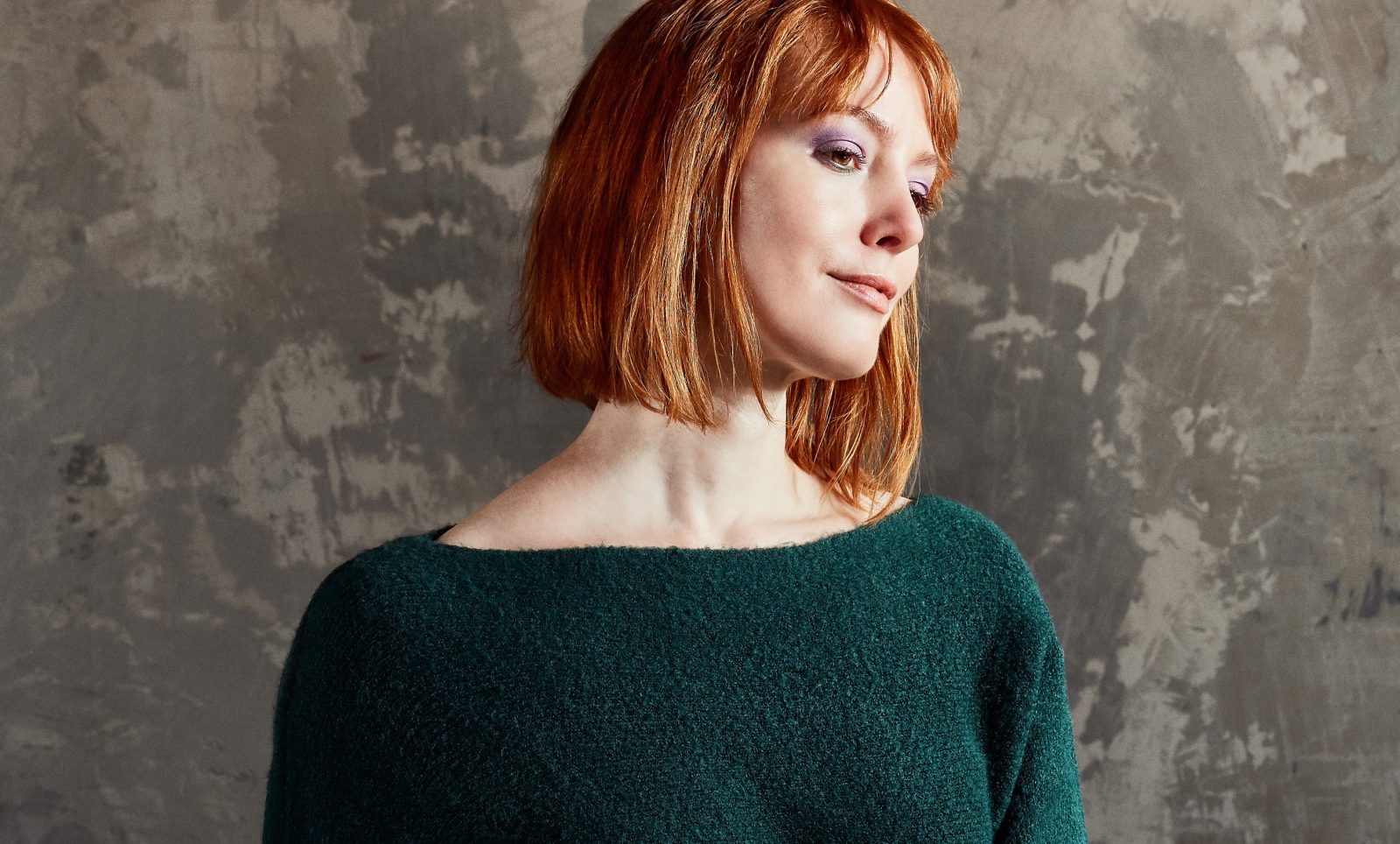 After two decades in LA, actress, singer-songwriter and pianist Alicia Witt finally found her place in Tennessee. Since transplanting her home base to the East Nashville, this triple threat’s musical career has been on an uphill trajectory. She credits her success to a simpler lifestyle and her solid crew of close friends.

Since her young start in David Lynch’s “Dune” at just eight years old, the award-winning film, TV, and theatre actress has become known for her versatility. Never one to be pigeonholed, Witt has vacillated between Hallmark Christmas films to classic television shows like “Cybill,” “The Walking Dead,” and “Justified.” Yet, while she is recognizable, Witt makes no bones about the fact that she is far from rich. The working actor has proudly used crowd-funding platforms to finance her albums and admitted that she still auditions. Her prerogative is to be hirable, rather than a household name.

Although her love for acting does run deep, songwriting is where Witt’s true passion resides. The classically trained pianist, who once supported herself singing showtunes, believes that songwriting is how she communicates most truthfully. Witt, who sees age as an asset rather than a hindrance, writes songs that indicate someone who has seen a lot, and is proud of her experiences—a modern Audrey Hepburn. Her goal? To make moving music.

TNE: Can you tell us a bit about how your songwriting career came about?

AW: About ten years ago, a long relationship I had been in ended. The night he moved out, I started writing. It was very clear that was the start of a new chapter. Suddenly, all of the songs I had intended to write came to the surface and I wasn’t able to stop. I spent mostly every night at the piano knowing that was the way forward—without worrying if they were good enough or would even be heard. As I set the intention to become a songwriter, I started meeting other artists and landing gigs. Any time I ever questioned if I was on the right path, I would remember when Jimmy Webb, a performer I had opened for and admired so much, said, “You’re a great songwriter.”

TNE: It sounds like songwriting was a healing process for you. You have also collaborated with the coveted Ben Folds on your latest release “Revisionary History” and Grammy-winning producer Jacquire King on “15,000 Days.”

AW: Yes, and working with artists of that caliber were also signs that I am on the right path. Both albums sounded exactly how I heard them in my head—but better.

TNE: Can you tell us something that most fans wouldn’t know about you?

AW: (Beaming) I find it very easy to get excited about little things, whether it’s Christmas lights or a new rug. That childlike sense of enthusiasm bleeds into all of my creative activities.

TNE: Age doesn’t mean much when you look at life with that childlike enthusiasm. Do you have a specific philosophy when it comes to songwriting?

AW: I definitely follow my intuition and will write even if I don’t know where the song is coming or if it is for me to sing. In the past, I have written songs for myself that have been used on a film soundtrack one year later. I guess it was meant to be.

TNE: What artist would you love to sing one of your songs?

AW: Reba McEntire who, in my eyes, is a genuine country artist. I would also love to collaborate with the band Dawes, who has a lovely, philosophical way with words.

TNE: Funny that these two artists incorporate both Nashville and LA—Dawes lead singer calls LA his home with his new bride, Mandy Moore. Tell us the story about how you landed in Nashville since moving from Los Angeles?

AW: I gravitated towards Nashville as I came here to record, write, and visit between 2012 and 2016. After I was cast on the show “Nashville” in 2016, I rented an Airbnb owned by one of my best friends. She is a touchstone and introduced me to a phenomenal network of people who I cannot imagine my life without.

TNE: (Laughs) I feel like networking is the backbone of this town. What do you like most about Nashville?

AW: There is a normalcy, steadiness and realness about the city. I feel like I have found my people here. Also, the fact that you can drive and be at your friend’s house in a few minutes is amazing. It’s all very doable versus LA, which is sprawling.

TNE: I guess Nashville traffic is nothing compared to LA traffic, although it might be up for debate! Has an easier life helped your creativity flow more freely?

AW: Without question. Because the more authentic I am, the more creative I feel. Here, I feel at home and supported, which makes me more artistic. It isn’t something that I have to turn off and on. I have a real sense of pride in the fact that I live in Nashville because I think it says what kind of person you are—grounded.

“I have a real sense of pride in the fact that I live in Nashville because I think it says what kind of person you are—grounded.”

TNE: You are a proud vegan. Any favorite spots you’d like to recommend?

AW: I can always rely upon having a fantastic vegan meal at the Wild Cow or their sister resident Graze. I also am a loyalist to Koko’s Ice Cream and Avo. For my non-vegan friends, I frequent Fin and Pearl, especially during brunch, because they cater to both vegans and carnivores. Their food is so good and lovingly prepared.

TNE: How about your hobbies? What do you do just for fun?

AW: I am obsessed with my garden and am always thinking about what I want to plant. It fills me with such joy to harvest fresh vegetables and make entire meals out of things that I have grown. I feel so blessed to live in a city where this is possible.