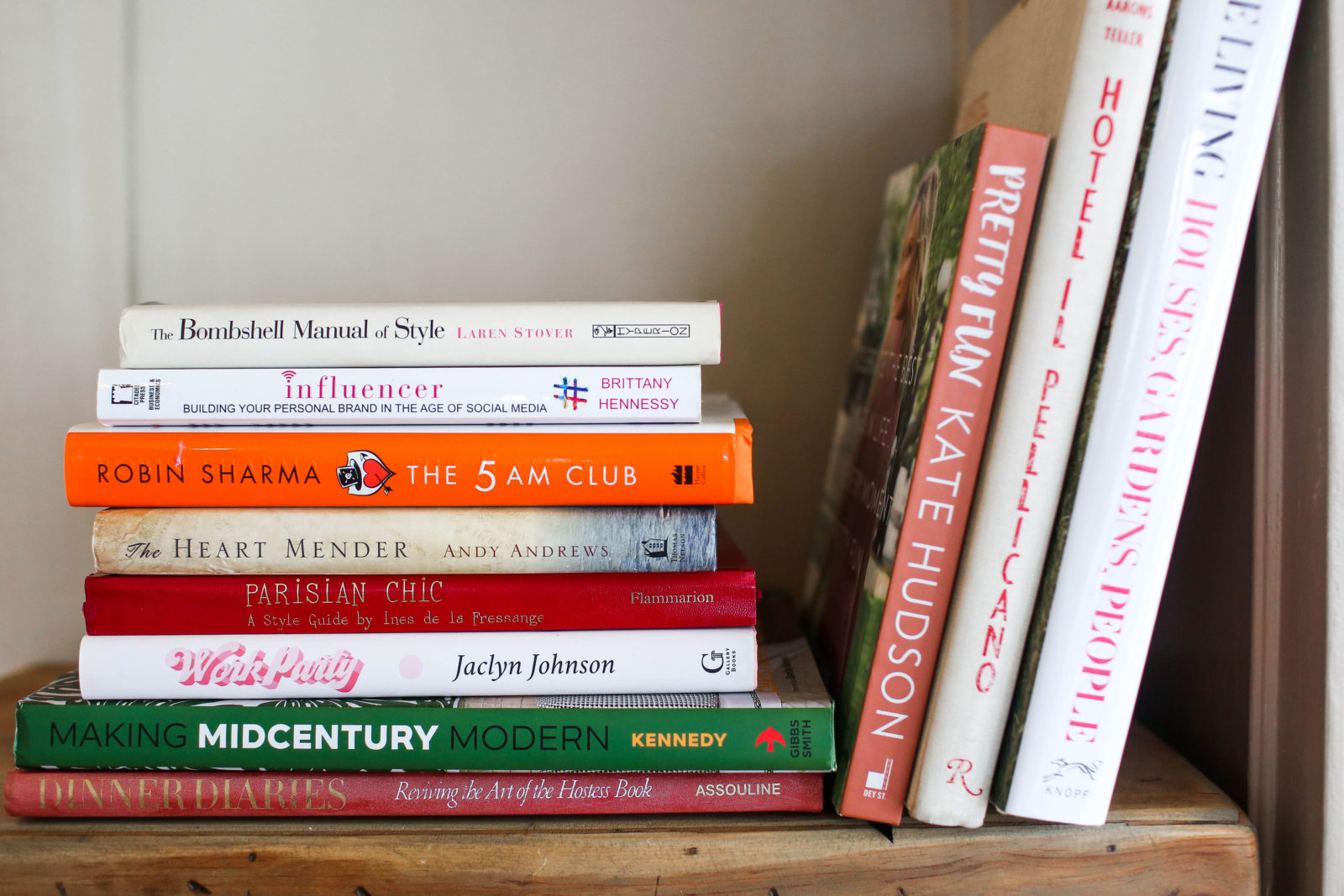 Not only is the literary community growing in Music City, but Nashville is becoming so intriguing that it is often the backdrop for many novels. With its history, booming industries and traditional background mixed with newfound complexity, Nashville makes for the perfect setting within the creative writing realm. Needless to say, we’re here for it. There is something pretty spectacular about reading a novel that references the parts of town that you frequent. It gives you a sense of belonging, allowing you to feel like you’re a character in the book.

We’ve rounded up some of our favorite books to read this Spring with a local backdrop. Get ready to use your free time getting reacquainted with the allure (and mystery) of Music City.

Because You’re Mine | Rea Frey

“Because You’re Mine is a novel about how the truth will set you free.

But it’s the lies that keep you safe.

Single mother Lee has the daily routine down to a science: shower in six minutes. Cut food into perfect squares. Never leave her on-the-spectrum son Mason in someone else’s care. She’ll do anything―anything―to keep his carefully constructed world from falling apart. Do anything to keep him safe.

But when her best friend Grace convinces her she needs a small break from motherhood to recharge her batteries, Lee gives in to a weekend trip. Surely a long weekend away from home won’t hurt?
Noah, Mason’s handsome, bright, charismatic tutor―the first man in ages Lee’s even noticed―is more than happy to stay with him.

Forty-eight hours later, someone is dead.

But not all is as it seems. Noah may be more than who he claims to be. Grace has a secret―one that will destroy Lee. Lee has secrets of her own that she will do anything to keep hidden.
As the dominoes begin to fall and the past comes to light, perhaps it’s no mystery someone is gone after all…”

“The follow-up to her critically acclaimed Lie to Me, J.T. Ellison’s Tear Me Apart is the powerful story of a mother willing to do anything to protect her daughter even as their carefully constructed world unravels around them.

One moment will change their lives forever…

Competitive skier Mindy Wright is a superstar in the making until a spectacular downhill crash threatens not just her racing career but her life. During surgery, doctors discover she’s suffering from a severe form of leukemia, and a stem cell transplant is her only hope. But when her parents are tested, a frightening truth emerges. Mindy is not their daughter.

Who knows the answers?

The race to save Mindy’s life means unraveling years of lies. Was she accidentally switched at birth or is there something more sinister at play? The search for the truth will tear a family apart…and someone is going to deadly extremes to protect the family’s deepest secrets.

With vivid movement through time, [this novel] examines the impact layer after layer of lies and betrayal has on two families, the secrets they guard, and the desperate fight to hide the darkness within.”

“A private citizen discovers compelling evidence that a decades-old murder in Nashville was not committed by the man who went to prison for the crime but was the result of a conspiracy involving elite members of Nashville society.

Nashville 1964. Eighteen-year-old babysitter Paula Herring is murdered in her home while her six-year-old brother apparently sleeps through the grisly event. A few months later a judge’s son is convicted of the crime. Decades after the slaying, Michael Bishop, a private citizen, stumbles upon a secret file related to the case and with the help of some of the world’s top forensic experts–including forensic psychologist Richard Walter (aka ‘the living Sherlock Holmes’)–he uncovers the truth. What really happened is completely different from what the public was led to believe.

Now, for the very first time, Bishop reveals the true story. In this true-crime page-turner, the author lays out compelling evidence that a circle of powerful citizens were key participants in the crime and the subsequent cover-up. The ne’er-do-well judge’s son, who was falsely accused and sent to prison, proved to be the perfect setup man. The perpetrators used his checkered history to conceal the real facts for over half a century.

Including interviews with the original defense attorney and a murder confession elicited from a nursing-home resident, the information presented here will change Nashville history forever.”

All We Ever Wanted | Emily Giffin

“Nina Browning is living the good life after marrying into Nashville’s elite. More recently, her husband made a fortune selling his tech business, and their adored son has been accepted to Princeton.

Yet sometimes the middle-class small-town girl in Nina wonders if she’s strayed from the person she once was.

Tom Volpe is a single dad working multiple jobs while struggling to raise his headstrong daughter, Lyla. His road has been lonely, long, and hard, but he finally starts to relax after Lyla earns a scholarship to Windsor Academy, Nashville’s most prestigious private school.

Amid so much wealth and privilege, Lyla doesn’t always fit in—and her overprotective father doesn’t help—but in most ways, she’s a typical teenaged girl, happy and thriving.

Then, one photograph, snapped in a drunken moment at a party, changes everything. As the image spreads like wildfire, the Windsor community is instantly polarized, buzzing with controversy and assigning blame.

At the heart of the lies and scandal, Tom, Nina, and Lyla are forced together—all questioning their closest relationships, asking themselves who they really are, and searching for the courage to live a life of true meaning.”

While this novel in particular doesn’t take place in Nashville, we love reading Sande’s work which also draws on inspiration from her own local surroundings.

“In Split-Level, set as the nation recoils from Nixon, Alex Pearl is about to commit the first major transgression of her life. But why shouldn’t she remain an officially contented, soon-to-turn-thirty wife? She’s got a lovely home in an upscale Jersey suburb, two precocious daughters, and a charming husband, Donny. But Alex can no longer deny she craves more―some infusion of passion into the cul-de-sac world she inhabits.

After she receives a phone call from her babysitter’s mother reporting that Donny took the teen for a midnight ride, promising he’d teach her how to drive, Alex insists they attend Marriage Mountain, the quintessential 1970s ‘healing couples sanctuary.’ Donny accedes―but soon becomes obsessed with the manifesto A Different Proposition and its vision of how multiple couples can live together in spouse-swapping bliss. At first Alex scoffs, but soon she gives Donny much more than he bargained for. After he targets the perfect couple to collude in his fantasy, Alex discovers her desire for love escalating to new heights―along with a willingness to risk everything. Split-Level evokes a pivotal moment in the story of American matrimony, a time when it seemed as if an open marriage might open hearts as well.” 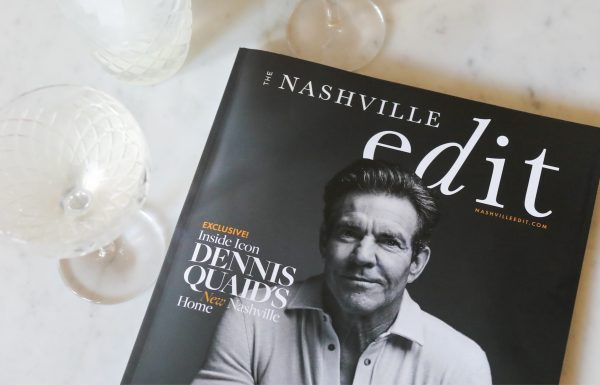 Our Fall 2021 Issue Has Arrived