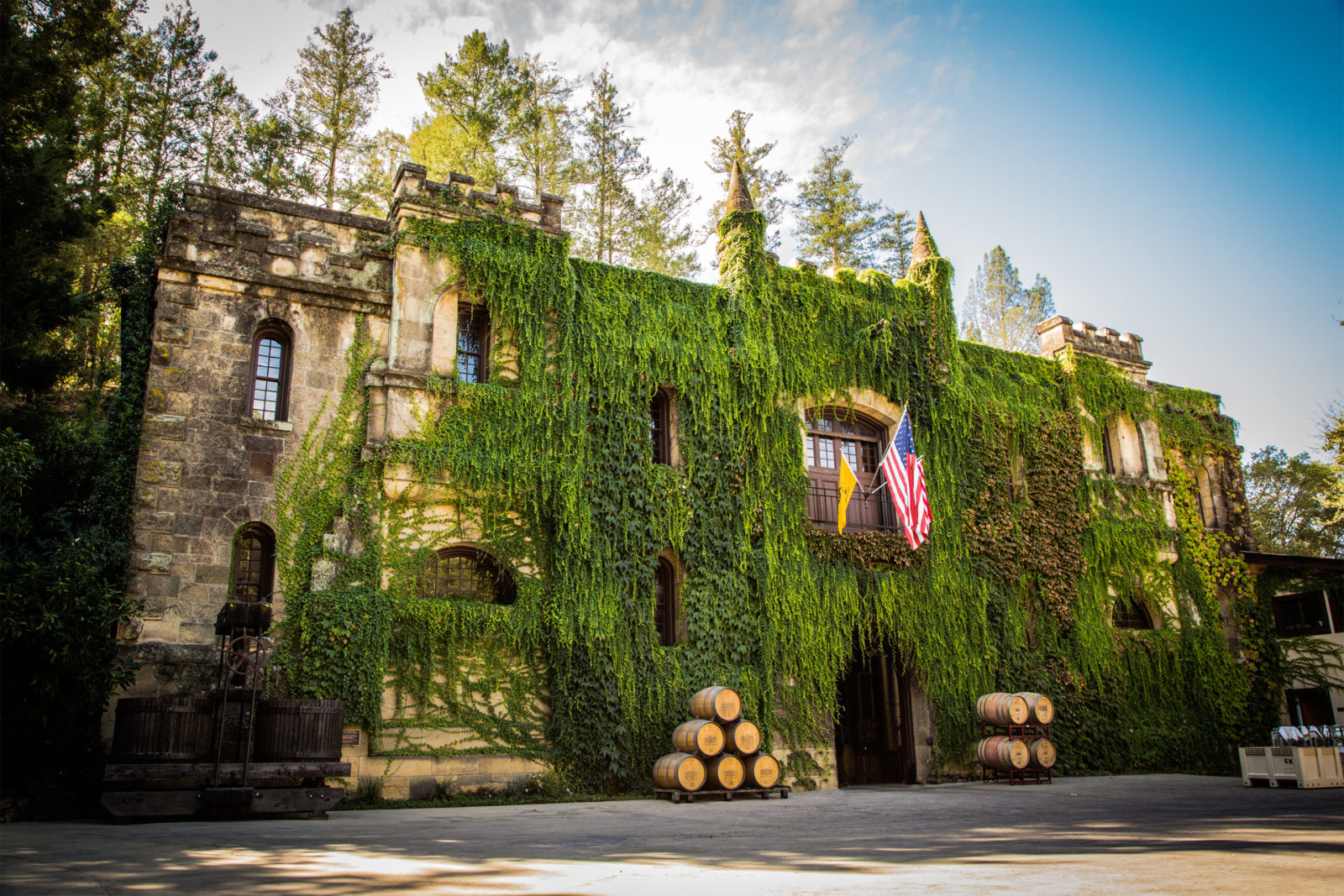 It feels like the Napa Valley of Northern California has been regarded as one of the world’s winemaking meccas forever, but in truth, the region wasn’t really acknowledged as a legitimate player on the global stage until the mid-1970s. Much of the shift in acceptance for California wines can be attributed to Chateau Montelena in Calistoga where owner Bo Barrett and legendary winemaker Miljenko “Mike” Grgich created a California chardonnay that won over a panel of French judges to be named the greatest white wine in the world at the blind tasting, which became known as “The Judgement of Paris” in 1976. Prior to this event, the wine press collectively looked down their noses into glasses of California wines, considering them immature and vastly inferior to Old World creations.

Crafton brings a new perspective to the winemaking process for Chateau Montelena, but he certainly appreciates the wealth of institutional knowledge he has to draw from, explaining, “Just between our CEO, Bo Barrett, and our Vineyard Manager, Dave Vella, we have 70+ years of viticulture and winemaking experience on this property. They’re both amazing characters who possess a wealth of knowledge and institutional memory. In addition, we relish our legacy of innovation and perseverance, two values that most wine drinkers wouldn’t necessarily associate with Montelena until you visit or meet us in person. We always try to break down and understand why something works at a fundamental level before attempting to improve on it. Moreover, we use the same methodology when something doesn’t work out as expected. That drives in-house research, trials in the cellar, and new ideas. Consequently, in both the vineyard and winery, we employ some very traditional techniques that are incredibly effective, but also plenty of cutting-edge practices, driven by a lot of experimentation and R&D.”

The latest release of their flagship 2015 Montelena Estate Cabernet Sauvignon shows off what they have learned after almost 40 years of crafting this particular wine from grapes grown on their property. Through the decades, their vinestock has matured, and Chateau Montelena has systematically replanted their estate vineyard to ensure a healthy supply of grapes while at the same time becoming a leader in the concept of sustainable growing practices. As chronicled in the movie “Bottle Shock,” Bo Barret was a bit of a free soul in the ’70s and a part of what he calls “the hippies’ ‘back to the land’ movement.” He has since extended those ideals into all aspects of his business from farming and production practices to how they market and sell their products.

He explains, “Whether it’s our 220KW solar array or the simple act of composting our coffee grounds, Chateau Montelena believes that sustainable business practices are an integral part of all good business practices. Think about it, from the original 1886 construction of the Chateau, buried in the earth to control wine temperature—in the days before electricity and refrigeration—to our extensive use of naturally-cooled caves and modern energy-efficient systems, respect for the environment has always been a part of Chateau Montelena. Sustainability is not a goal or target that we are trying to achieve; it is the philosophy that is woven into everything we do. We are committed to being good stewards of our land and bringing the highest quality product to our customers. We’re not claiming to be perfect or even idealists, but the fact is, we live and make our wines with an ongoing love for the environment of the planet and her passengers.”

“From the original 1886 construction of the Chateau, buried in the earth to control wine temperature—in the days before electricity and refrigeration—to our extensive use of naturally-cooled caves and modern energy-efficient systems, respect for the environment has always been a part of Chateau Montelena.”

Crafton is happy to be a part of a company with such dedication to sustainability: “From the beginning, the Barretts wanted to farm responsibly, to conserve our natural resources, and to take care of their employees and the community. And they wanted to do all of this while still making delicious, ageable wine. The real leap comes when one realizes that those ideas are not mutually exclusive. Far from it, they’re actually complementary and reinforce each other if one understands where the synergies lie. Sustainability isn’t a goal or a marketing campaign for us, it’s who we are and has been one of the catalysts of our success.”

Barrett’s passion and Crafton’s skills as a winemaker shines through in their 2015 Estate Cabernet Sauvignon, a lovely wine that takes full advantage of a temperate summer with added time on the vine that created deep color and additional ripeness in the grapes. Crafton calls it his favorite vintage of cabernet he’s ever crafted, but he also sees the value in allowing each year’s release to stand alone as the best it can be. “I’m asked quite frequently if we still use the same ‘recipe’ for our Chardonnay/Cabernet as we did in the 1970s,” he explains. We’re not interested in recreating a specific goal, an example would be the exact flavor or aroma profile of the 1978 Estate Cabernet—an amazing vintage if you can find a bottle, by the way—but instead to better our understanding of the how the vintage can be more purely expressed through the lens of our growing site. So it’s more of an intellectual challenge coupled with process as opposed to a specific, quantifiable end goal. The beautiful piece of this is that, if we do our jobs correctly, you’ll still taste ‘Montelena’ in every vintage, just in different ways.”

The conditions of the growing season for the 2015 vintage manifested themselves in a wine that is an intense garnet color in the glass and offers a vibrant nose of dark fruits like cherries and toasty notes of vanilla and baking chocolate that emanate powerfully from the glass. The wine is exceptionally well-structured with tight tannins that don’t completely dry out the palate, but instead hold together the balance between sweet jammy flavors and more peppery and acidic aspects that evolve during the long finish. Almost two years in French oak contributes more depth and complexity to the wine, but without rendering it the sort of “California butter bomb” that those French wine judges would have discounted before they found out about Barret and Chateau Montelena. It could certainly benefit from cellaring, but it is also ready to drink right now alongside a dish of steak au poivre or more delicate fare like a lean roasted duck breast.

At a suggested retail of $175/bottle, 2015 Estate Cabernet Sauvignon is probably a special occasion wine, but you deserve to treat yourself every now and again!

For more top collections of wine in Nashville check out Nashville EDIT: Wine and Cocktails