Connecting with anyone has proven difficult with all of the distancing in place, so reconnecting with someone that has been off of your radar for years is especially unexpected. But that is exactly what happened once I found out that Sara was back in town and involved in some truly incredible projects. My first contact with her was in the mid-2000s during my early days in the magazine business. I had just placed her as a personality feature (and our cover girl!) when news of her divorce broke out and our little office was swarmed with out-of-market media trying to get some kind of gossip or scoop. That didn’t happen as we stayed quiet and proud of our chosen artist. A bit later- she and I co-hosted a fashion show benefit at the Country Music Hall of Fame. She had to fly back from filming Dancing with the Stars to do it—which showed her commitment to charity and the community. She was beloved by the masses, at the top of the charts, and winning industry awards with unforgettable hits and making music history.

Then, she moved to Alabama with her new love (and now husband of over 12 years), the well-known quarterback Jay Barker. 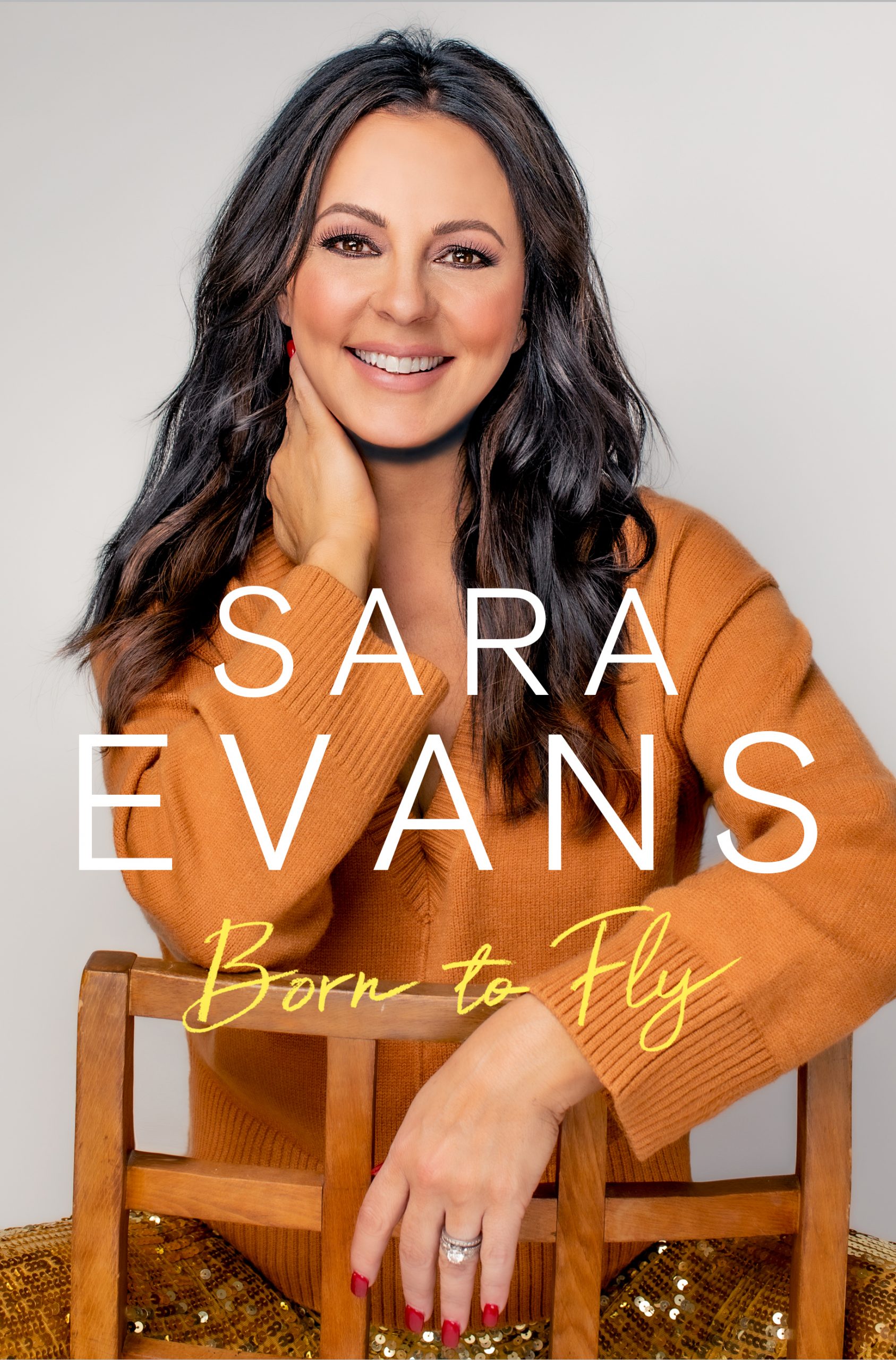 She’s had an incredible journey with a big, blended family combined with successful tours and projects but at the moment she’s reinventing herself in a brand-new way. While she is going back to her roots a bit with belting out iconic recordings from various eras, she’s also just completed her (first ever) book project. There’s also the subject of her new but retro look that is sexy, nostalgic, and oh so very Sara in the coolest way. We love her for that voice, energy, and her unwavering faith and devotion to that big family. But we’re especially grateful to this chart-topping siren for giving up so much of her journey to share with our audience. Here’s the skinny from Copy That to Children & Chaos in the singer’s own words……

“Pre-COVID, I typically performed an average of 80 shows each year – all over the map. I miss that energy and connecting with fans so much! But the travel takes a toll, so we eliminated the part that fell outside of touring, which was the commute back and forth from Nashville every time I had work to do in the music industry. It could be a lot. The timing seemed right (with the twins having graduated) to get back to the heart of the business so this year we left our home in the Mountainbrook suburb of Birmingham, Alabama, and headed back to Nashville. It feels so good to be here and to experience how much the city has grown and changed.”

“I grew up singing and performing – mostly cover tunes from my favorite female recording artists such as Reba and Dolly. Those were the days! I became surprisingly good at mimicking different women’s singing styles over the years in trying to make them sound as close as possible to the original. So, when it came time to choose the songs for the record, I knew I wanted to shake things up and challenge myself by including ‘guy songs’ in the mix. Those songs along with the classics made famous by ‘the girls’ were all chosen as a part of a collective group process. I knew that looking for new material would be a long process and I wanted to get an album out as quickly as possible- so going with beloved tunes over multiple decades seemed like the perfect solution. The first task was making sure that the production was perfect, which is why I chose Jarrad K (I was and am a huge fan of his). I actually reached before deciding to go with cover tunes – I wanted him to produce my music no matter what. He was game on all and was involved in the hardest part of the process—choosing the right songs and narrowing it down to only 13 recordings. That might seem like a generous number but it’s so small when you consider all of the songs that you have loved over the years. Doing it solo would have been too tough. We actually turned it into a group project where Jarred and I were both on this big, ongoing group text with my siblings, my children, and a few others deserving a vote. Songs were thrown in as suggestions and then tossed out as others took their place. The balance had to be right and I feel like, in the end, we found it. I am so proud of Copy That and can’t wait to get back on tour and play songs like My Sharona, Hard for Me to Say I’m Sorry and Crazy Love on the big stage.”

“I’ve always had sort-of the same hair; long, brown, and not trendy. It’s easy and it’s me but I really wanted to do something over-the-top when it came to imagery for Copy That. I’d recently been binging (re-watching) Mad Men episodes and Betty Draper’s style was really speaking to me. I also thought about my idols from that era like Loretta Lynn and Patsy Cline and wanted to create a look that reflected it all. The outcome was exactly what I had hoped for thanks to the talented Debbie Dover who took my glam to a whole other level and an amazing wardrobe to match chosen by stylist Kaelin Evans. It was truly transformative -and is so in sync with the record itself with the throwback tune theme. I love the whole package.”

CHAOS IN HER CLOSET

“This has been really fun even though it started as just a fluke to be silly. My daughters and I were trying to find something to alleviate the quarantine boredom that would also connect us with others and Closet Chaos was born. The idea was basically born of the fact that we just want attention. We rolled it out on Instagram, Twitter, and Facebook and were overwhelmed with the responses and followers. Wow! It’s just us being silly – talking, laughing, and singing but people love it. We also bring in closet visitors ranging from my childhood best friend to iconic talents like Martina McBride. One of the funny aspects is our tagline that reads ‘And Sometimes Audrey’ has actually gotten her more into it. From the start, she didn’t want to be involved (because she’s 15 and well, 15 isn’t so easy or agreeable). When she joins us, and we are all together acting up with guest friends—it is a blast!” 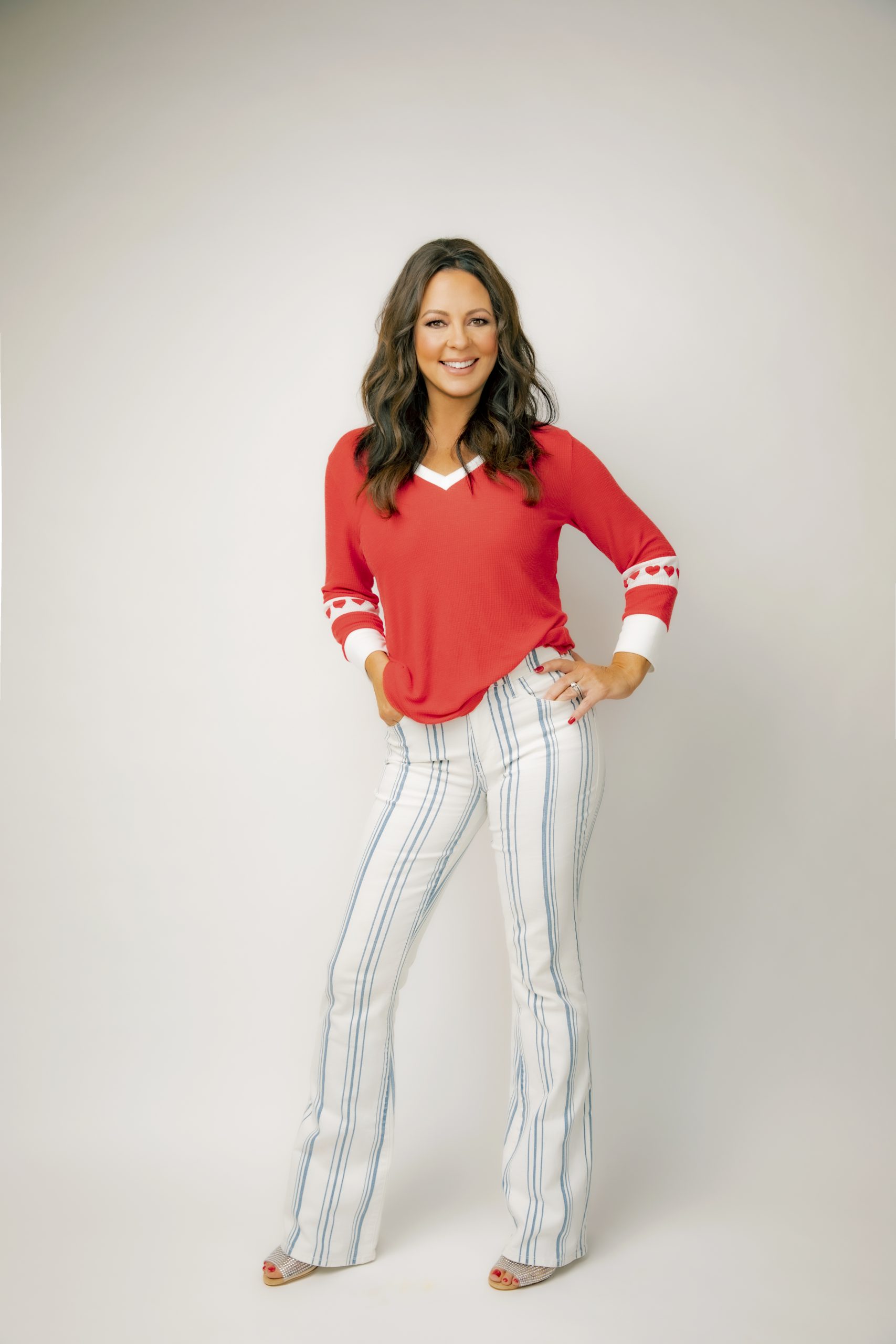 “My recently released memoir, Born to Fly was four years in the making- a long time. In the first part of the process, I was aligned with a co-writer meant to make sense of my statements, confessions, and memories. It didn’t work out. So, then I started over with a second co-writer. Once again- the written results were obviously not in my ‘voice’. Decided to take over the writing myself so that the entire thing would come from me and feel very authentic. I also wanted to make sure that everything I included (and how I said it) was acceptable to my children and loved ones. I’m the middle child in a big family so the closeness with my family members is everything to me. There was no way I wanted to share anything that would embarrass them or let anyone down. Even my daughters gave it a thumbs up!”

“I’m not the only one who’s had trauma (and drama) in life but reliving it in order to openly share as an author with a mass audience is a big leap of faith. Waking up in the middle of the night and feeling totally stressed out was part of the initial progress to finding my way with the book-writing. Talk about the opposite of freeing! Once complete and edited, there’s still more to do in order to have a successful release and readership. That starts with personally reading for the audiobook. I was super nervous beforehand but ended up not hating it. It’s a process. And then there are the book tour and media appearances, which can be a blur. Even though we’ve had to adjust to mostly virtual – I am still so looking forward to hustling through that process connecting with people through the pages of Born to Fly.”

All Photos Credited to LOWFIELD.