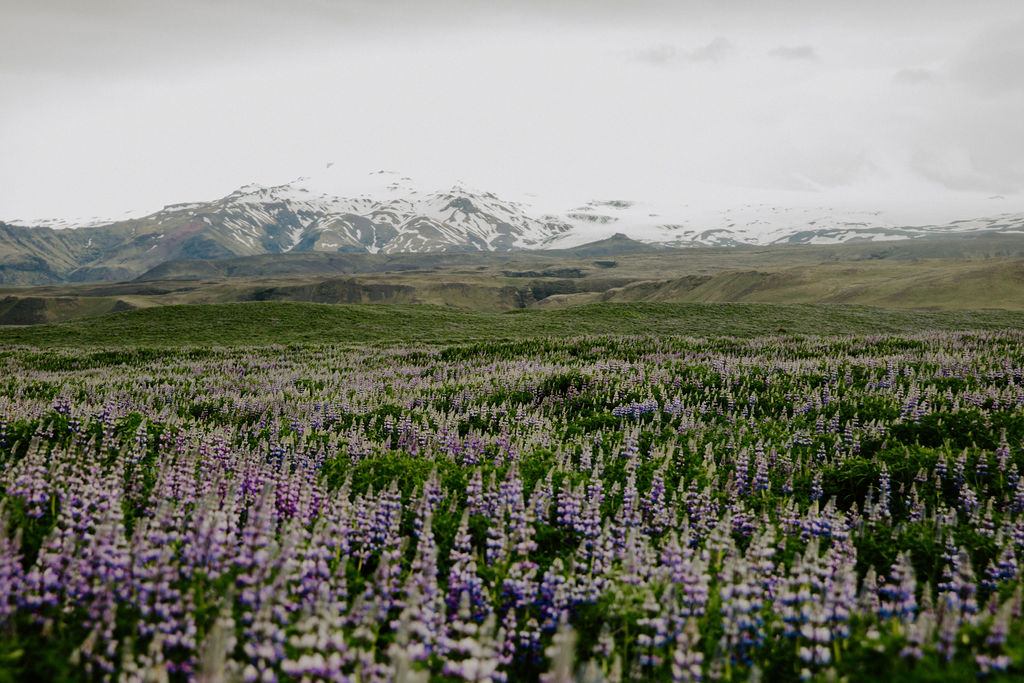 Last summer, I made a completely rational decision to fly to Iceland with a group of people I had never met and stay in a house with them for two weeks. Blame it on my youth, but it was one of the biggest adventures of my life.

I never dreamed of traveling to Iceland. Italy, yes. Turks and Caicos, absolutely. But, Iceland? I had never really thought of it until the invite was extended to do some modeling with a group of photographers and designers traveling from Nashville to Iceland. Once invited, I didn’t even question it – I just said yes and decided I would make it work. I had only two weeks to prepare — meaning to find the right hiking equipment and stock up on some stylish, warm sweaters (in the middle of June, mind you). Such a spontaneous trip was definitely out of character for this Type-A planner, but one that I knew would be an experience of a lifetime.

Just a six-hour direct flight from Northern Kentucky International Airport, we landed in Iceland around 3:00 am, with the sun still shining on the beautiful, green land. Since we were traveling in June, Iceland was in a state of constant summer sun. From May 21st to July 30th, the sun barely sets in Iceland, allowing nothing but daylight for you to make the most out of 24 hours (so, naturally, pack a sleeping mask). While flights to Iceland may be pretty cheap, don’t be fooled into thinking that this place is a “cheap vacation.” Iceland has capitalized on its beautiful scenery, knowing that we Americans need to get away and be surrounded by what I can only describe as pure beauty. There is no much luxury to find there, both in nature and in their plethora of spas and natural lagoons.

I hope to share with you the best of what Iceland has to offer and offer a bit of wisdom from my own trip with such a lovely crew of people. Whether you’re looking to find inspiration or just to cool off, there’s truly not a more refreshing place to escape to in the middle of hot, Southern summers.

The Tower Suites is one of the few skyscrapers that Iceland has to offer and overlooks the ocean, mountains and city. Located in downtown Reykjavík (the capital of Iceland), it’s within walking distance to all the city has to offer. Best to book this one early, as it’s a top-destination for A-listers, including Gwyneth Paltrow and the Timberlakes.

If you want something more remote that offers a wellness experience, you must make a reservation to stay at Deplar Farm on Iceland’s stunning coastal routes 76 and 82. Experiencing an Iceland summer here would be nothing but a dream, offering elements of spa therapies, nutrition, gains and challenges, outdoor adventures and functional fitness. This “farm” is surrounded by the stunning mountainscapes of Iceland, allowing you to feel both secluded and part of nature all at once.

The Retreat Hotel at the Blue Lagoon is another must-see. While we stayed much closer to Reykjavík, we did schedule a much-needed Spa Day at this incredible site and relaxed in Blue Lagoon’s mineral-rich geothermal pool. They also offer a farm-to-table restaurant and an organic spa (which offers some amazing products!).

If you’re looking for a cottage feel, Hotel Budir is where you’ll want to book your stay. Located on the Snaefellnes Peninsula, it’s a two-hour drive from Husafell and features some of the most beautiful landscapes you will ever see. This remote location is perfect for a romantic getaway.

If you desire to dine at one of Iceland’s best restaurants, you will want to make a reservation at DILL. DILL’s chefs were awarded the first-ever Michelin star in Iceland in 2017, and their cuisine focuses on food’s natural taste by preserving them in the manner our Nordic ancestors did — by salting, drying, smoking, pickling or fermenting.

The Coocoo’s Nest was one of our favorite places for brunch during our trip. An old fishing hut located in Reykjavik, you truly get the sense of what life is like for the natives,  all while sipping mimosas and dining on organic eggs.

If you’re staying in Reykjavik, take a short walk to Fiskfelagid for some of Iceland’s world-class seafood. A cozy restaurant in an old shop built in the 19th century, this is a great spot for foodies and history buffs. They have traditional Icelandic cuisine, as well as plates inspired from all over the world. If you’re getting sick of fish while you’re there (which does tend to happen if you’re trip lasts more than a week), definitely stop in here for a taste of Spain, Mexico or France.

Hotel Holt’s restaurant offers diners first-class service and food. The menu is available as two or three courses, featuring dishes “anchored by tradition with an elevated mix of elegance and simplicity.” The wine list is made up of all-natural and organically produced wines from Italy in concert with quality wines hand-picked by their restaurant team. If you’re looking for a great glass of wine, go ahead and make that reservation.

Probably one of our favorite sites during this trip was Reynisfjara, also known as The Black Sand Beach, located on the Southern coast of Iceland. While it’s a two-and-a-half hour drive from Reykjavik, the drive itself offers scenic views of nothing you’ve ever seen outside of Game of Thrones, and the destination is equally as beautiful. We did an entire photoshoot on this beach, watching the waves roll in and playing in this soft yet rocky sand. To this day, this view is one of the highlights of my life.

Puffin Watching in Iceland is an activity people travel from all over the world to partake in. Nesting season for these beautiful birds begins in late April and lasts until mid-August. Iceland is home to sixty percent of the world’s Atlantic Puffin population, making this one of the best spots in the world to spot these beautiful creatures.

There’s nothing more magical than whale-watching while on a sailboat in Northern Iceland. Take a ride on North Sailing’s vintage sailboats and spot some humpbacks, blues and minkes. Many of their boats are carbon-neutral, offering little disturbance to the whales and leaving no carbon footprint. In need of some quiet time? These boats are completely silent — so take in the beauty of this magical place just disconnect for a while.

One of the best parts of Iceland is that you can take in its beauty at any given point of the trip. Simply rent a car upon arrival (I recommend four-wheel drive), and drive up and around this stunning country. There were times when we stopped to view the beautiful mountainscapes surrounded by fields of purple Nootka, or Alaskan lupine, and stared in silence as we tried to internalize the raw beauty. There were other times we pulled off on the side of the road and treated the giant field of rocks covered in moss like trampolines, jumping from one rock to another. There are wild ponies randomly roaming valleys, along with sweet lambs and herds of sheep. You truly will feel like you are in another world.

The great thing about Iceland is that you are constantly reminded of the beauty that’s in the world. There was a brief moment that we were all a tad grumpy from the jet-lag and 24-hour sunlight. After a full day of adventure and hiking, we were all arguing in a field about whether to go home and sleep or find the next waterfall. As we gave up and drove away from that field, we noticed that the entire time we were underneath a double rainbow. Perspective is everything. Iceland will remind you of that.