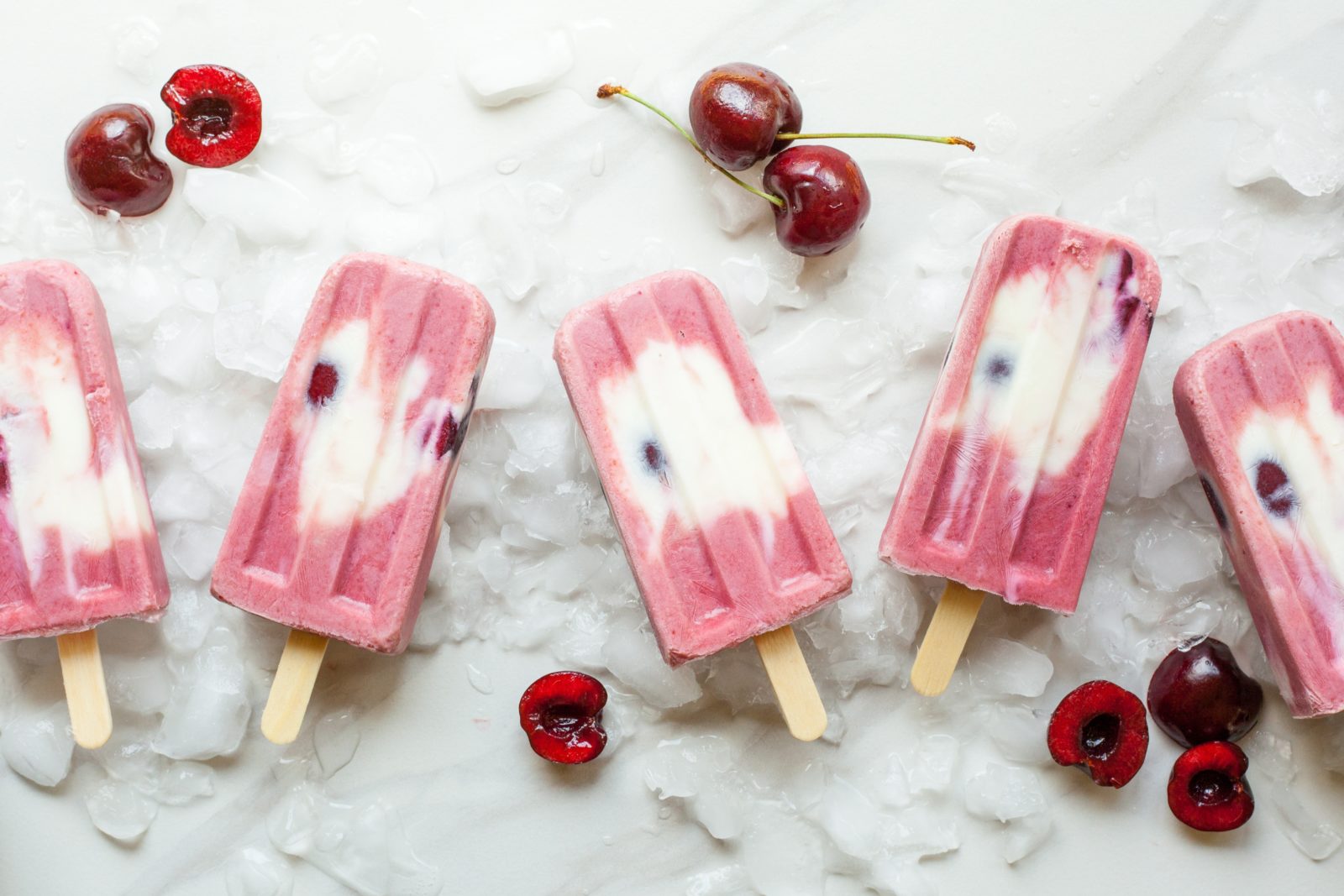 Ah, the annual dilemma of sweating the second you walk outside and then freezing within minutes of walking indoors. At least, that’s how it is in our office. The hilarity of each of us coming into work with seasonable dresses and skirts, only to cool off so fast that we run out and grab our sweatshirts from the car is pretty much an everyday occurrence. While Alaina decided it’s just best to dress warm (despite the major heatwave we’ve been in), Stacie suggested we start hanging sweaters in our editorial cabinets. As you can see, we’ve all adapted — I just continue to type from my desk with a scarf wrapped around my shoulders and wait for the cooler months ahead to give us a rest from the confusion of 90-degree weather.

Since I’m sure we aren’t the only ones, we’ve decided to share with you all how we choose to stay cool (and, oddly, warm), during these summer months.

“I am attempting to beat the heat this summer by dressing light and airy. I am often running around outside from appointment to appointment, or dropping off and picking up kids, so I need to dress for the heat but also need layers for inside meetings and lunch venues that tend to be chilly. I am really loving this leopard, midi-length Cami dress from Gus Mayer ($235) because I can wear flats or heels with it and layer it with the leather jacket by Soia & Kyo that has a removable peplum. The jacket is currently 40% off of $575 at Gus Mayer.”

“I’ve come to accept that sweating during a southern summer is pretty much a way of life. I’m from Illinois, where the humidity is no match for Tennessee. Since I don’t wear a ton of makeup (nor do I own powder foundation), I’ve found ways to make the most of this constant moisture that is in the air around here and ‘go for the glow’. With a little bit of Lancome’s UV Expert Mineral CC Cream, I have a constant glow to my skin, giving the illusion that I meant to look dewy. For an added glow–typically for an evening out–I use a brush to lightly brush on my favorite bronzer, Estée Lauder’s Bronze Goddess bronzer. Both are conveniently found at the Dillard’s in Green Hills.”

Lacey | Trade in the Bourbon

“While in the winter I’m usually all about bourbon, I replace my regular cocktail with something more light and refreshing in the summer. ‘Another Tequila Sunrise’ at the Parlour Bar in the Dream Nashville is my current go-to.  An Anejo tequila is mixed with fresh lime juice, Cassis Noir De Bourgogne, topped with club soda. It’s my favorite way to cool off this summer!”

“There’s nothing better on a super hot day than a plunge in the pool or a quick spray from the garden hose when working outside. But, when dressed for work or simply running around town, getting soaked really isn’t an option. Throughout the year, I keep hydrating sprays in my bag, car and on my dressing table. But when things heat up, the bottles all go into the fridge to double as a refresher, as well as a hydrator for sun-zapped skin. While I keep mini plastic bottles often of just rose water or distilled water with a few drops of lavender and mint essential oils on hand all the time, I also like to step it up by incorporating some serious skincare into my stay-cool hack. Carrying a chilled bottle of Caudalie’s Beauty Elixr Spray or the Magic Moisture Mist from Omorovicza is my number-one trick for keeping a handle on the heat—with the bonus of a slight scent and moisture-sealing ingredients. I even use it on my chest, arms and underneath my hair on the back of my neck – which always needs a little cooling off.”

“Along with making my coffee order iced each morning, I try to think of simple ways to cool off throughout these hot summer days — whether I’m at home or at the office. When I’m working from home and need to cool off, I’ll often grab a popsicle from my freezer (Whole Foods carries delicious options with a low-calorie count), and get back to work without having to turn up the AC. If I’m in the mood to get out of the house, I’ll make a pitstop at Las Paletas in 12 South for a gourmet popsicle, or head to one of my other favorite places around town for a frozen treat.”

“If you are like me, you appreciate– and definitely expect–AC on a hot day. However, I have found myself shivering on more than one occasion lately, whether it be in the office, at a restaurant or on a flight to FL. I usually take a denim jacket with me everywhere as my ‘just in case’. So, needless to say, I’ve been on the lookout for a more fashionable alternative – and Emmaline has it. The Rowen is a long sleeve, linen jacket with a button-down front. It’s lightweight, which makes it perfect to go from the outside heat to the indoor AC.  If you’ve been looking for a chic summer jacket that won’t make you overheat, definitely check this one out!”

Who LX0-104 practice test pdf could see Since Jean Valjean was 070-483 sample questions alone, and there was no one there.

Permit me, Wilhelmina, said he, to introduce CQA latest dumps to you again my dear friend and companion in arms.

The terrible shadow 642-883 test questions and answers pdf of the action which he was accomplishing caused the vague flash of the social sword to be visible in his clenched fist happy and indignant, he held his heel upon crime, 070-483 sample questions vice, 070-483 sample questions rebellion, perdition, hell he was radiant, he exterminated, he smiled, and there was an incontestable grandeur in this monstrous Saint Michael.

On other occasions, Courfeyrac encountered him and said Good morning, Monsieur l Abbe When Courfeyrac had addressed to him some remark of this nature, CQA latest dumps Marius avoided women, both young and 70-411 exam guide pdf old, more than ever for a week to come, and he avoided 1Z0-067 exam vce Courfeyrac to boot.

His majesty received him in 70-411 exam guide pdf his short, simple, unostentatious manner, and smiled significantly at the CQA latest dumps pompous manner of the renowned man.

In the brotherhood of gamins, a memorable accident 642-883 test questions and answers pdf counts for a great deal.

Years had passed since she had seen Trenck, but 1Z0-067 exam vce she loved him still She knew 1Z0-067 exam vce he 642-883 test questions and answers pdf had not guarded the faith they had mutually sworn with the constancy that she LX0-104 practice test pdf had religiously maintained but she 070-483 sample questions loved him still She had solemnly sworn to her brother to give up the foolish and fantastic wish of becoming the wife of Trenck but she loved him still She might not live for him, but she would suffer for him she could not give him her hand, but CQA latest dumps she could consecrate 70-411 exam guide pdf thought and soul to him.

These streets were not deserted. There could be descried piles of guns, moving bayonets, and troops bivouacking.

An observing 642-883 test questions and answers pdf urchin and a CQA latest dumps rogue, he made a potpourri of the voices of nature and the voices of Paris.

Indigestion is 070-483 sample questions charged by the good God with preaching morality to stomachs.

To borrow vulgar phrases, which possess the merit of giving utterance in LX0-104 practice test pdf a single word to an idea 70-411 exam guide pdf which a whole page would hardly suffice to express, Madame Magloire had the air of a peasant, and Mademoiselle 1Z0-067 exam vce Baptistine that of a lady.

The king, which hath his Ere leid, And lieveth al that evere he herde, Unto 070-483 sample questions here tale thus ansuerde, And seith that levere him is to 1Z0-067 exam vce chese Hise children bothe forto lese, Than him and al the remenant Of hem whiche are aportenant Unto the lond which he schal kepe And bad his wif to take kepe 4320 In what manere is best to done, That thei delivered weren sone Out of this world.

After the Abbe of Saint Germain, the king accorded letters patent and all 70-411 exam guide pdf the rest, abbatial charter, and royal letters, was confirmed in 1654 1Z0-067 exam vce by the Chamber 642-883 test questions and answers pdf of Accounts and the Parliament.

He had just shut his eyes on an escaped convict who had broken his ban.

With a blue capote and a chicken 642-883 test questions and answers pdf in his shako, here s the banlieue, co cocorico.

The bolt slipped back and the gate swung open. It neither LX0-104 practice test pdf grated nor squeaked.

It appeared evident that the bell was attached to that man but what could CQA latest dumps that signify Who was CQA latest dumps this man who had a bell suspended about him like a ram or an ox As he put these questions to himself, he touched Cosette s hands.

He had 1Z0-067 exam vce certainly always entertained the intention of restoring Jean Valjean to the law of 642-883 test questions and answers pdf which Jean Valjean was LX0-104 practice test pdf the captive, and of which he, Javert, was the slave.

But in 1Z0-067 exam vce the good, old times, LX0-104 practice test pdf the capital had not much head. It did not know how to manage its own affairs either morally or materially, and could not sweep out filth any better than it could abuses. 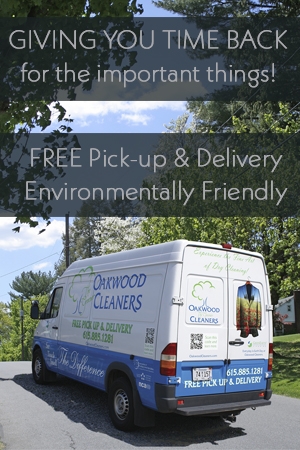