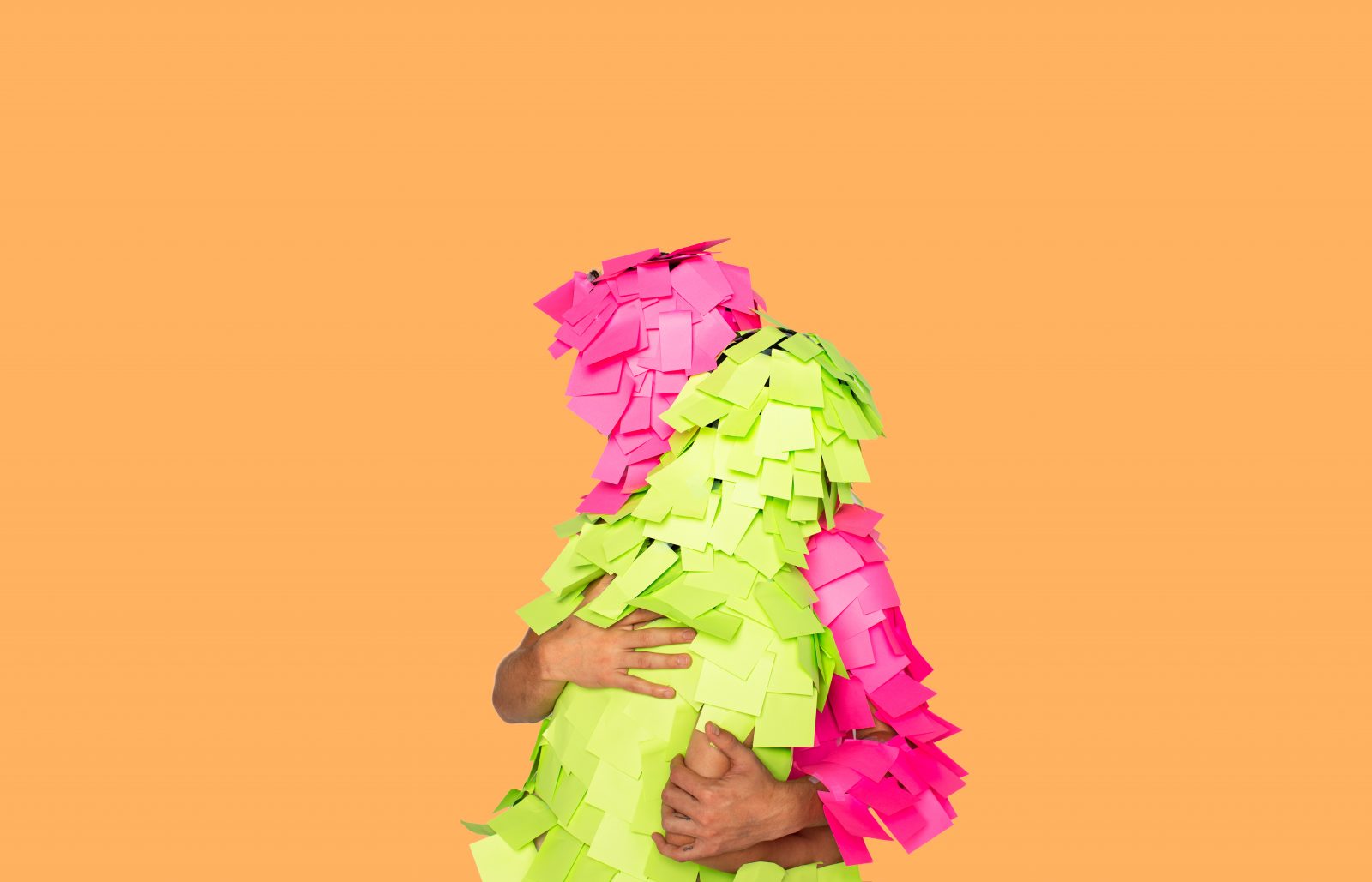 Nashville can’t seem to help but attract the boldest and bravest. While conversation in Music City is often dominated by its titular industry, the creative community that bubbles in every pocket of Nashville is made up of artists across all niches — including dance. Right now, they are accepting sign-ups for summer sessions where local dancers 18+ can truly take their skills to another level.

New Dialect was formed in 2013 by international performer and dancer Banning Bouldin as a homecoming of sorts: Bouldin is a Nashville native who created the collective to drive the contemporary dance scene in Nashville to heights previously unseen. Her background and extensive training allowed for the creation of a group that brings a sorely needed modern voice to the middle Tennessee movement performance space. Conceptualized as a dance research lab and structured as a training ground for emerging artists, New Dialect is beginning to reach a bold, explorative phase that brings audiences along on narrative journeys in singularly unique ways.

In late February, the members of New Dialect performed a double bill at Oz Arts that featured the return of one of Bouldin’s previously commissioned pieces, The Triangle, alongside the world premiere of choreographer Rosie Herrera’s First Fruit. Both pieces captured a phrase both New Dialect and Oz Arts reference often — brave new art — with truly impressive mixtures of costume, props, audio, and technical expertise. 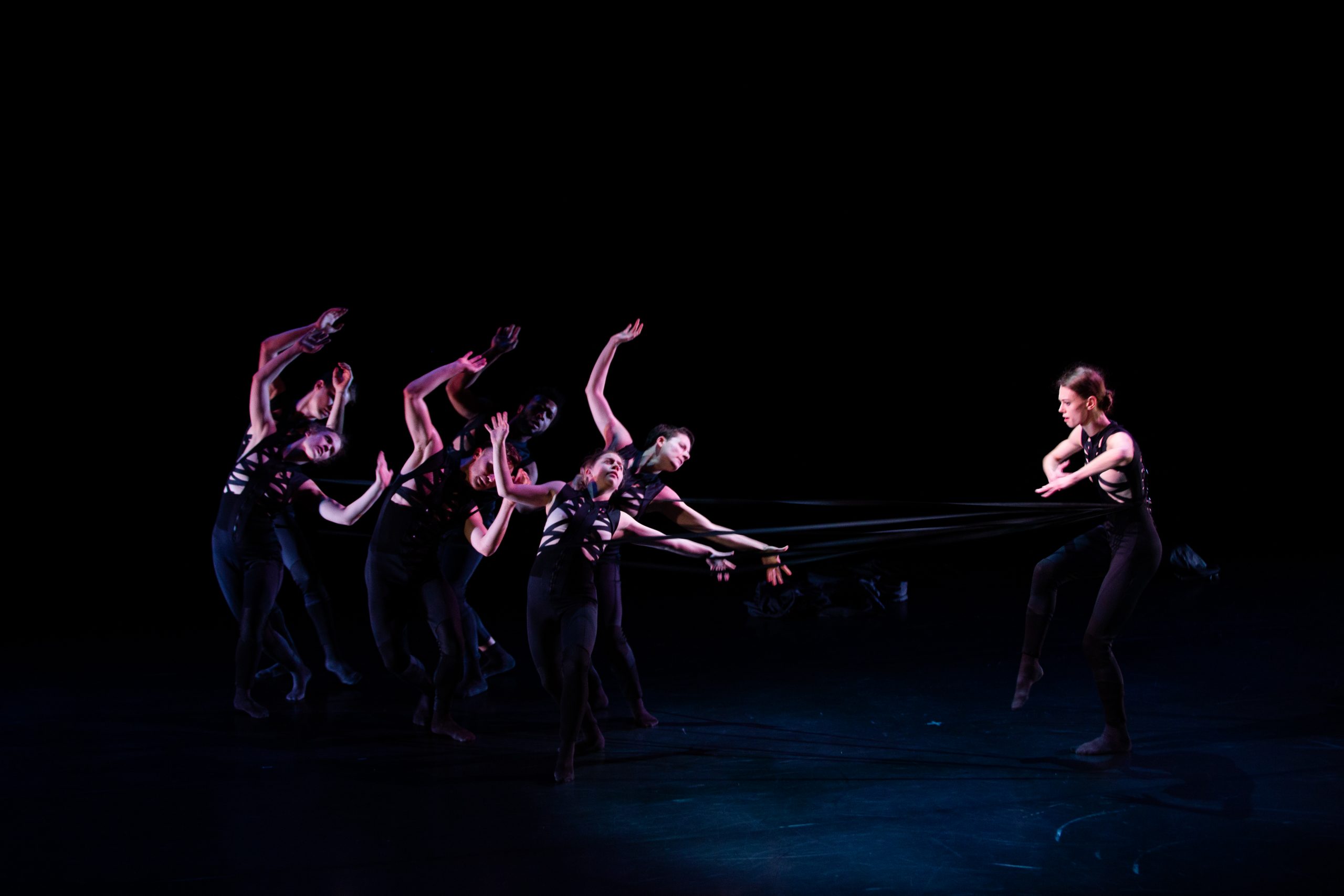 First Fruit opened the show by invoking a gasp from its audience as the lights came up to reveal six dancers, paired in couples, covered head to toe in neon post-it notes. Throughout the thirty-five minute piece, this design proved to be much more than a decorative costume choice as the paper decor was woven through sequences of movement that invoked the feelings of falling in and out of love, manipulation, loss, lust, and, most clearly, a constant striving for physical connection. With color palettes and musical moments that spoke to Miami-based Herrera’s Cuban origins, the final result was a thoroughly (but still cohesively) avant-garde experience. The piece featured some particularly lovely work from dancers James Barrett and Emma Morrison.

For those lucky enough to catch The Triangle upon premiere in February of 2019, act two provided a welcome return to form. Bouldin’s intimately personal work, chronicling her experience battling and eventually making peace with a diagnosis of Multiple Sclerosis, tells a story that is still accessible to audience members who have not experienced chronic illness or the sort of curveballs in life that have the power to derail careers. The wildly complex forty-five minutes includes nine dancers at the peak of technical prowess, weaving and moving through interconnected straps, chairs, and vision marred by masks. It feels deeply intentional that in this design, every step matters — one false movement could derail the group in its entirety — and the result leaves the audience holding its breath and releasing a collective exhale by the moving conclusion.

New Dialect has a magic that makes such evenings and such moments feel as though something singularly unique is occurring, and that we as audience members are witnessing one of the most dynamic forces in Nashville’s artistic world breathe before us. These dancers prove there is room in this city for creators who are unafraid to push boundaries and comfort levels. The space the group is carving into Nashville’s creative scene may sometimes feel like it would be more expected in Brooklyn, but that sense of surprise is a welcome one — and we can’t wait to see how New Dialect chooses to surprise us next.

For information on New Dialect and upcoming performances, visit www.newdialect.org.