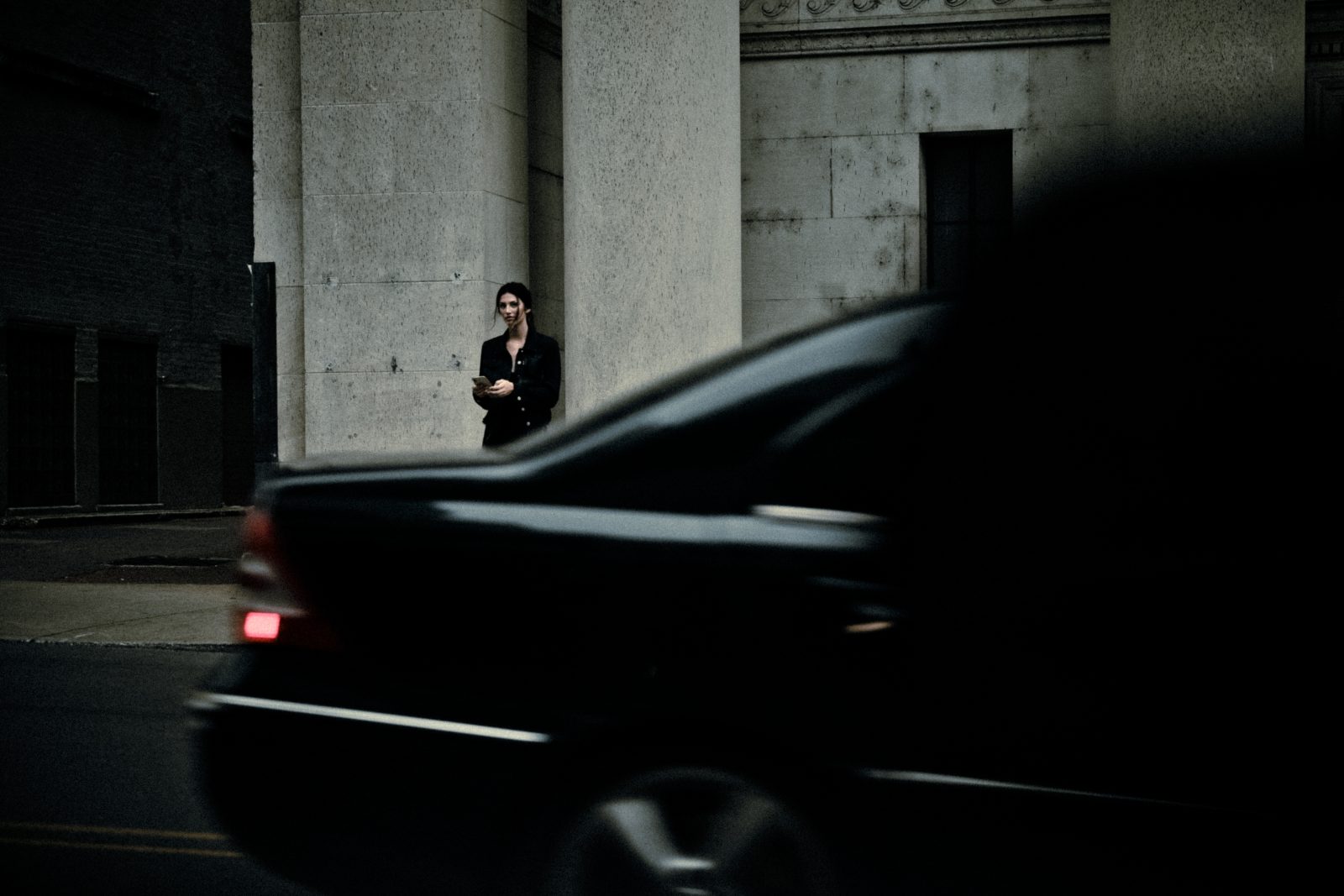 We’ve seen so many positive things with the recent growth of our city. International companies relocating to the area boosting the economy, a plethora of new entertainment options, and major profile-raising events in the community are just a few of the perks of being in a boomtown. As happy as most of us are with all of the possibilities and opportunities this provides, however, it does come with a few problems. Of course, what first comes to mind is the traffic and the construction that makes it worse. You hear more complaints about this than anything, but that’s just growing pains and, in the big scheme of life, not an issue we can’t handle. Unfortunately, the growth has also resulted in a rising crime rate and particular threats specific to the area that really hasn’t been as visible in the past. Topics like international terrorist threats, mass or targeted shootings, and human trafficking are now all too real throughout the local community.

It’s because of these issues that some of the country’s most well-trained and experienced experts have located operations in Nashville in an effort to both educate consumers and protectors as well as provide services to prevent these types of crimes and targeting methods. In speaking with Timothy Gill, who is one of the leading forces behind Specter Security, I learned of their efforts in helping clients avoid kidnapping, identity theft, harassment, and even death. Gill’s background is beyond impressive, with a list of accolades and government awards both long and deep. His career involving work for the FBI, CIA, EPA, and CRSA among others has included everything from risk protection and human intelligence to international terrorist work.

“Most of my experience comes from working domestically and overseas as a US Intelligence Community clandestine officer for the CIA and FBI, as well as many years working executive protection operations for Fortune 500 executives,” he explains. “I’m a multi-US Government award recipient for counterterrorism managing several overseas counterterrorism operations. Most recently I was invited to present Specter Security Group’s domain threat assessment to the Nashville Economic Club focusing on the continually evolving threat environment in Nashville to include gangs, terrorism, and human trafficking. All three crime elements have some form of financial and physical exploitation for which the wealth and entertainment population in Nashville need to be aware of. In fact, I’m currently advising a high-end client in Nashville whose child was on the verge of being trafficked by an international gang with connections to cartels in the Caribbean and Latin America. The threat is high in Nashville.”

Along with his partner, a seasoned US Army military police veteran and high-threat protection specialist, Gill moved operations from Washington, DC to Nashville to assist the increasing number of those based here with threat risks. They’re making an impact in fighting truly horrible crime statistics in many arenas while preparing local residents on how to avoid and prevent their own personal harm.

With the words “human trafficking,” suspenseful movies or images of faraway places in other parts of the globe come to mind. The fact is, this just isn’t true. Human trafficking is a $34 billion-a-year industry in the US and the second-fastest-growing crime sector in Tennessee following illegal drugs. The organization End Slavery Tennessee reports that, on average, 94 victims are trafficked here each month. Their average age is 13. Not only are the numbers staggering, but the thought of this kind of activity in our own backyards is quite terrifying, especially when it comes to thinking about protecting family members who fall into the target demographic, which is primarily children and teenagers (girls and boys) along with young women. It’s a topic that definitely has law enforcement’s attention in counties like Williamson and Davidson, where evidence of activity is on the rise.

Knowing that local and federal protection agencies are aware of and engaged with stopping the crimes is encouraging, but that probably isn’t enough when it comes to many individual situations. Basically, to be truly protected relies on being educated on how the system works and in developing protocol.

“Social media is a huge issue when it comes to being vulnerable,” says Gill. He explains that the majority of people involved in these crime rings first use the internet to troll for abductees by using certain tactics to gain information and lure young people into compromising situations. “Each case is unique depending on the operator as well as the target, and there are countless ways to open up your lives to criminal activity without realizing it,” Gill shares.

He goes on to explain that there is actually a huge ring of trafficking activity within the geographic circle of Washington, DC, Atlanta, and Nashville. He attributes easy access to multiple interstate systems as well as the Cumberland River to making this a key spot for this type of crime to steadily occur.

While shutting down these operators is always a goal for law enforcement and organizations like Specter, Gill explains that their work ideally begins early on, where they can actively educate household members on safer technology use and monitoring social media accounts. For parents looking to be cautious, he says this should be a given. Everyone should be watching their children’s activity to prevent suspicious communication with unknown or suspect persons as well as considering their own sharing habits. This is even more important in more rural areas where kids often use the internet to reach out to what they believe is a more exciting world. Moving to the suburbs or a small town on the outskirts of the city does nothing in terms of protection with today’s technologically savvy traffickers. Large-scale events in metropolitan areas have always been a point of concern for anti-terrorism agencies, with national security often releasing a great deal of protocol before big events such as a Super Bowl or Olympics celebration. In recent years, Music City has become quite the destination for those seeking entertainment. It seems that downtown, the party never stops. Gill laughs about the phrase “Las Vegas of the South,” which is sadly not an inaccurate description of some of the nightly activity. While most of it is all in good fun, it still brings up the need for tighter personal protection actions and community awareness. During large gatherings that often accompany events like CMA Fest, New Year’s Eve, Fourth of July and special occasions such as a playoff game or the recent NFL Draft, those actions become even more important.

“Certain factors make Music City an ideal target for fanatics associated with ISIS and other major players,” Gill notes. “First, the south is primarily Christianity-based, which isn’t in line with these terrorists’ goals and beliefs. Secondly, country music is also very much about belief in God and in country as well as being pro-military. Choosing happenings here as a target would accomplish multiple things in the minds of these criminals, effectively harming and impacting a community based on issues they’re firmly against. And with so many country music stars living and performing here, there’s also the opportunity for major national and global impact with any attack.” Gill believes that their proven methods and tactics used in political cities where everyone is always on alert can be applied effectively in those situations by bringing security up to speed, making sure that they know who/what to look for as well as dozens of other minor preparation and monitoring actions to keep crowds safe.

But it’s not only the crowds and mass-shooting scares that are the focus—in fact, Gill and his team of experts with Specter also spend a great deal of their time developing security for those entertaining the crowds. With such a strong background in executive and government protection, he explains that they apply the exact same philosophy to securing a music artist or well-known CEO as would be used in security for heads of state. “In so many cases, we’ve found that security consists of a high-school friend or relative who did a stint in the army or played football. These types of security guards may be tough physically, but most often they’re not trained to deal with risk prevention,” he says. He then explains that they’re not interested in taking out existing security, but rather on training them to be more proactive in every way.

“When we work with someone, we look at every angle and every facet of their organization and lifestyle,” Gill continues. “The threat could be damaging a reputation or brand using technology and online media, a kidnapping scenario, financial loss or unsettling stalking behavior. By covering all the bases, our clients are protected on multiple levels.” The same way that they might look at a celebrity client is how we as individuals can examine our own surroundings to be generally safer at all times. They examine every individual in a person’s core circle before looking into their secondary connections. This could include bodyguards, road crew members, or even a merchandise salesclerk on tour. “We won’t work with anyone who is involved with drug use in any way. We also make sure that those in constant contact are also clear of drug use or abuse. There have been situations where disorders such as bipolar behavior have come into play with aggravating activity, and those individuals need to be identified before having access to any situation where they could be a threat.”

Another factor they consider in background processing is whether individual employees in proximity are in financial trouble. “Debt creates a strong motive, so we’re always on alert for any signs of desperation.” Gill goes on to say that they’re also very aware of exploitation due to phones. “In a secure space within the government, no phones are ever allowed, but put away. This should be the case for any unknown or untrusted persons in proximity to someone high-profile, such as backstage workers or even friends of friends showing up to an artists’ bus. “We’re not the moral police,” he insists. “We just subtly reduce risks by taking proactive measures customized to each client and situation.” Monitoring threats online and blocking access to questionable participants is also routine. They take care of everything in a non-invasive way, leaving any individual or family free to enjoy life without being constantly worried about an incident. No matter what this team of international military experts is working on, we’re just glad that they’re here, protecting the homeland and especially all of us living in Music City. 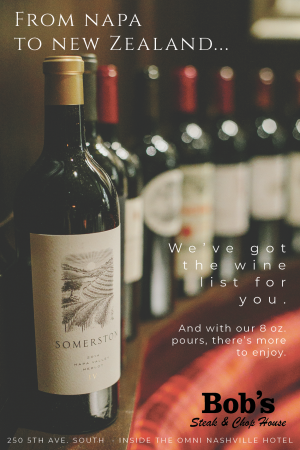 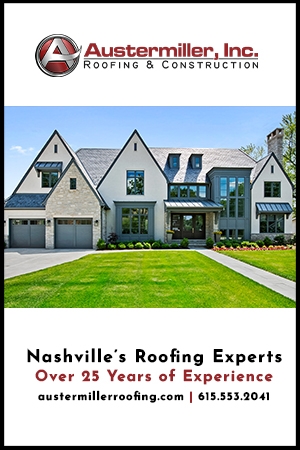