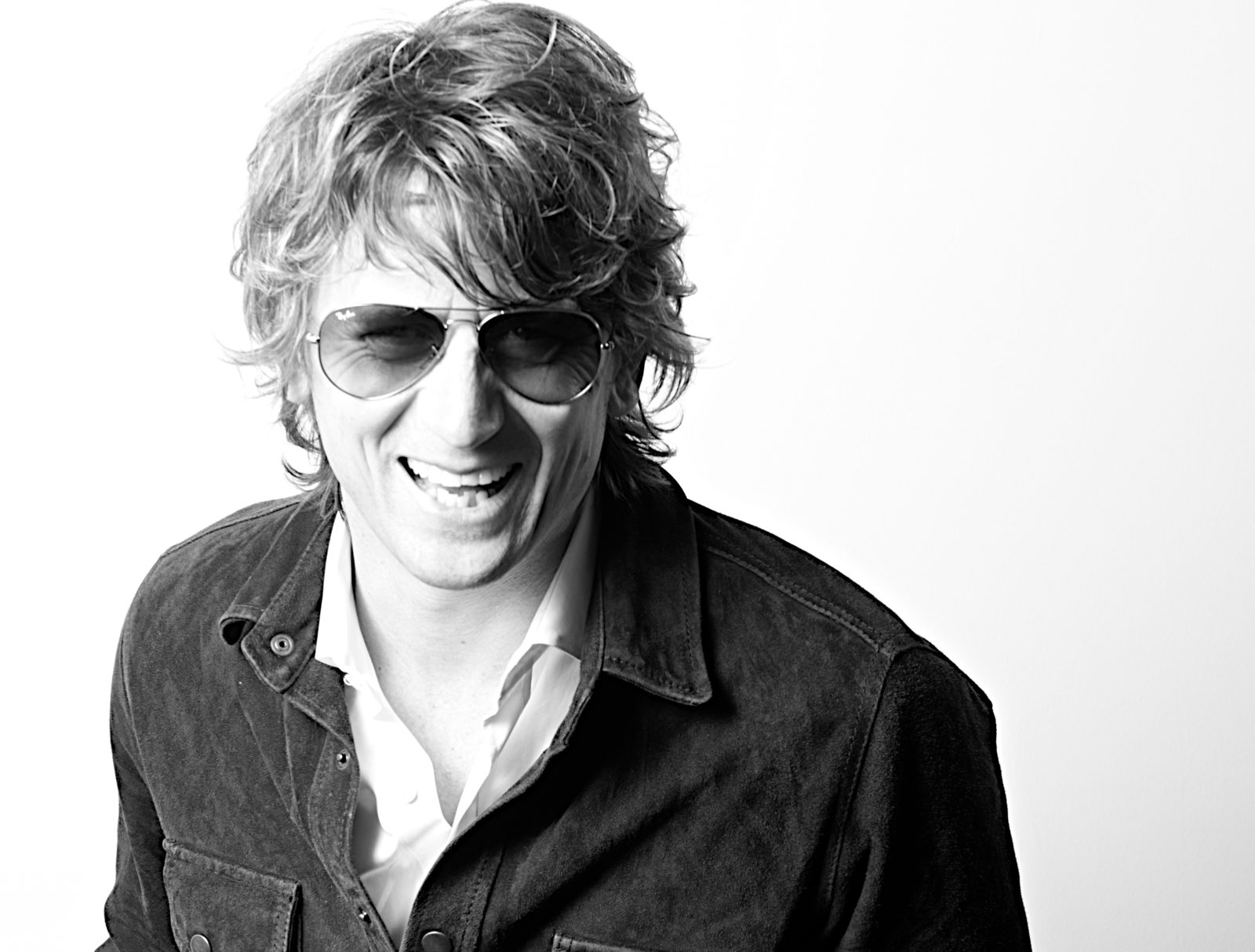 Local author and creative, Scott Hylbert, has cultivated his business and music experience to create his first novel, Task Lyst. Once a struggling musician, aspiring media entrepreneur, and father looking for a career change, Scott personally identifies with the core theme of his book, as it tells a story about taking control of your own destiny. Scott spent his younger years surfing in San Diego before enrolling in a creative writing program at Vanderbilt University. In 2015 he and his wife, photographer Ashley Hylbert, opened a creative content studio in Nashville called White Avenue Studio.

We took a moment to find out more about this local creative in hopes to find out what inspires him to write, where he likes to find his summer reads, and what is on his own reading “lyst” this summer.

The Nashville Edit: What is your creative process like when developing your work?

Scott Hylbert: I’ve always needed a creative project in front of me to keep myself balanced with family, my professional life and my personal goals. That inspiration drives me forward — it’s the carrot in front of me. Developing a project happens in different ways: I’ll work for three weeks straight when time allows, usually three to four-hour blocks once a day, and then go dark for a month or two. But I’m always thinking about the project, how to kick the story arc forward. Something I read in the paper might provide the spark. Or, I’m exercising and the light bulb goes off. Some of my best “aha” moments have come in the shower or four miles into a run, and then I’m back at the MacBook Pro.

TNE: What led you to become a writer?

SH: Straight out of college I wanted to work in the music business. While pursuing that, I ended up on the media side selling concert advertising in newspapers and magazines. It was a grind, but fun. I had good friends on the editorial side of the building and admired their “coffee pot and lunch bucket” writer ethos. I considered pursuing an MBA so I could move up the advertising and publishing latter. I signed up for a GMAT class with a couple of friends in San Francisco, both of whom eventually moved to Los Angeles to attend UCLA and USC and now are big shots in business. I dropped out of the course mid-way, deciding that if I were to pay for grad school, it would be doing something closer to my core interests. Ten years later, I enrolled in a creative writing program at Vanderbilt and started learning the craft of writing.

TNE: What are your some of your favorite thrillers/mysteries?

SH: As a kid, I loved those Choose Your Own Adventure books. I also developed an affinity for rock and roll memoirs that I retain to this day. Getting older, I read the occasional classic or latest beach read. As far as genre reading, like thrillers and mysteries, I got hooked by the Dragon Tattoo series, and before that The Magus by John Fowles.

TNE: What inspired you to write a thriller/mystery novel?

SH:I didn’t actually set out to write a thriller. The idea came to me as a three-headed monster: musician memoir, business plan and work of fiction — I wasn’t sure which! I had some characters in mind and once they got in a room together, they dictated how the story unfolded. The original tension underlying the idea was how San Francisco balances the deep-rooted creative energy with the waves of gold rush opportunism we’ve seen since 1849 through the turn of the century and to the present. It is a seismic shifting of creative and capitalistic urges that shapes and captures our imagination.

TNE: Where in Nashville do you draw your inspiration from?

SH: I wrote most of Task Lyst in the Vanderbilt Central Library playing hooky from work. I would spend 10 am to 1 pm there frequently, inspired by the academic and pastoral setting and, specifically, the stoic and quiet oak-paneled reference reading room. On a more broad level, the creative class in Nashville inspires me. Musicians, writers, designers — all the people who are shaping the city and themselves into their own vision.

“The creative class in Nashville inspires me. Musicians, writers, designers — all the people who are shaping the city and themselves into their own vision.”

TNE: What is it like trying out a new field?

SH: It’s exciting and fascinating. It reinforces the idea that you are never too old to pivot your course heading. It is also a central theme in my book, reclaiming and shaping your own narrative, and making sense of it.

SH: I really enjoyed Ed Tarkington’s Only Love Can Break Your Heart. I’m digging into Kristin Russell’s A Sky For Us Alone. I am lucky I get to read new short stories, poems and plays from members of my monthly writers’ workshop. And, of course, the memoir about Rolling Stones saxophone player, Bobby Keys, that my pal Bill Ditenhafer co-authored, Every Night’s a Saturday Night.

Hylbert’s debut novel explores three main characters’ interactions with a Silicon Valley based start-up company called Task Lyst. Elliott, the musician, uses the platform to make money as he strives to keep his rock star dreams alive. Alice works in venture capital and gives the green light for her firm’s big investment in the company. The third character, Tim, is a soccer dad experiencing a mid-life crisis who finds himself embedded inside the company with an opportunity to change his fortunes. All three experience a crisis of conscience as their narratives intertwine amid the company’s meteoric rise in popularity.

This techno-thriller appeals to those of us stuck in the rinse cycle of the information gold rush. Where has privacy gone? What are we agreeing to in the terms and conditions? And any reader with a dream will ask, what moral boundaries would I cross in pursuit of success? At the core of Task Lyst is every person’s urge to shape their own narrative, to make sense of where they’ve been and what lies ahead.