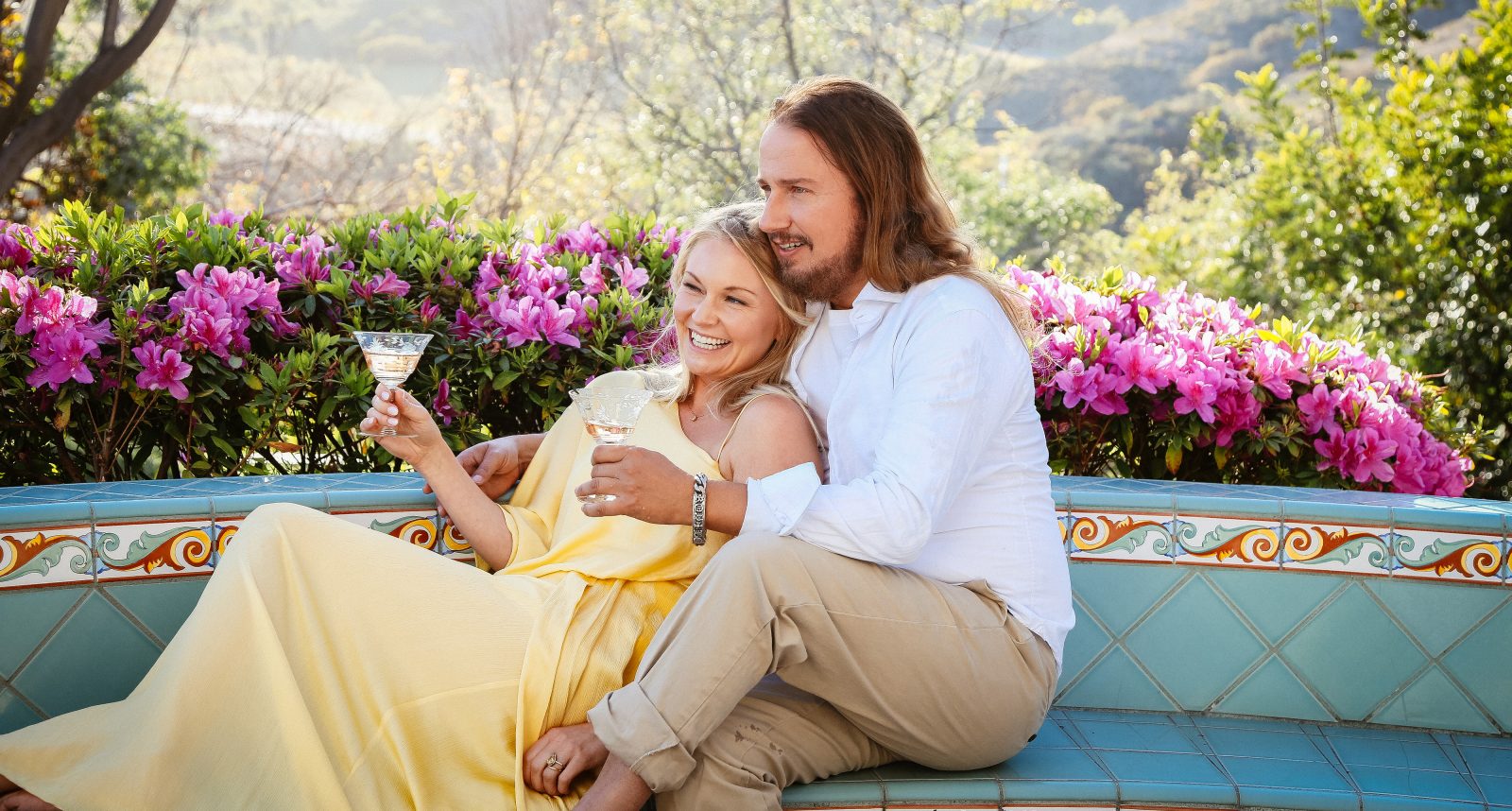 Born in Nashville, Roy Jr., is now finding his way with his own young family. A big part of that is protecting his legendary heritage and working on preserving and promoting the recordings for new generations, including those within the Orbison ranks. He’s become quite a history buff in music circles and can quote lyrics and charting information on songs, albums, and concerts from almost any artist playing during the early decades of Rock-n-Roll. It’s something he takes pride in and happily shares with others. A collector of sorts, he’s also been an advocate for the individual artist’s museums popular with tourists and fans in downtown Nashville, including his father’s, which has experienced a complete revamp that visitors can now enjoy.

For long-range music fans, the family’s patriarch was one of the most impactful musicians of all time. Roy Orbison was known for being the original man in black, complete with signature dark glasses and a 50’s retro-style that’s still embraced by many today. In fact, he was the first to embrace the mysterious look, which was soon adopted by his close friends like Johnny Cash and even Elvis at times. It wasn’t his only impact on fellow musicians, as he was the first of that clan to buy residential land near the lake in Hendersonville. Soon after, others followed, and the area became known as the homeplace for some of the biggest music acts in the world. In many ways, it still is today.

The family’s impact on the area in and around Nashville only grew as they continued to purchase land in the heart of the city and near or on Music Row. One of the most famed locations is the stately Orbison building that stands as a modern-day landmark just as Broadway splits towards Midtown. It was his mother, Barbara Orbison, who started and ran Still Working Music from this location. This publishing business is still an active part of the music row community, with top-charting songs in all genres coming from Still Working’s efforts. Roy Jr. is now at the helm of those operations, with big plans to keep it thriving in the years to come. “Dad’s generation was more aggressive because they had to be. They started out poor and had to fight to make a place for themselves. For me and my family, it’s easier, but we have a serious job in sheltering the legacy of music and giving it life going forward,” he says. “ I was so lucky to be surrounded by so many talents from such a young age, with Godparents like Johnny and June Carter Cash and Mike Curb as well as all of my mom’s friends in the business. Barbara was known for her close relationships with many Nashville-based artists and writers and the friendships she shared with members of the Beatles and their families. For us, it was just normal interaction with friends.

As I got older, I became aware of how special this was and dove into an obsession with learning more about the history of the industry, particularly the early days. Sun Records, Elvis, and Dad are all areas where I focused on absorbing as much as possible to keep the spirit of those days alive. I was lucky because Dad took a lot of time with me growing up to instill a certain passion. He basically semi-retired to be available to me. After losing two of my older brothers in a fire in Hendersonville, I was a bit of his second chance to be a real father, and he took it seriously. It’s because of him and my mother that I am able to enjoy so many things today and to appreciate where they came from, “ he shares.

While losing both parents at a relatively young age has been far from easy on Roy Jr., he keeps them both alive in spirit in his household and on his travels. Not only are the projects in Music City extremely important to him, but he makes time to teach his young sons (Roy III and Bo) about their ‘Papa Roy’ and the music he and their grandmother, Barbara, worked so hard to promote. “Losing mom after a year of dealing with medical issues surrounding her cancer was a tough blow. I was devastated when she passed but knew I had to keep going,” he says. Just a few years later, he had the good fortune of meeting his soulmate (and wife), Asa. She was an active Swedish businesswoman, running a major marketing operation with endless energy and her own set of family values. “It was because of Asa and our relationships that I was able to uncover and realize my own potential. We believe we actually release the best in each other.” Today, a big part of this is Asa’s involvement in helping Roy’s family run the estate, and he encourages her to run with the ideas she has about the future of the legendary music. Major hits like “Pretty Woman,” “Crying,” “Only the Lonely,” “You Got It” are often recognizable in films and other productions today. They seem to enjoy the process, which can actually be quite busy. That’s especially true with two very small children in the house. The group is somewhat inseparable, having spent a full year all together. “It was twenty-four hours a day, all of us, all the time,” says Asa. But instead of it seeming bothersome, she feels that it was good for the family, and they did very well in the period of isolated bonding.

It was during that period that they were able to make more plans about the Nashville museum and real estate projects. Although they reside currently in Malibu, they’ve been very active in the local business. “I feel like we are more Nashville now than when I was in Nashville full time,” Roy says. “With all of the technology, staying in touch and on top of things has been one of the easiest things in terms of running the business. My mother learned from Dad in managing his career, and I learned from her. A steadfast belief is to keep your publishing, not to sell out. That’s now part of the Tennessee values I follow and instill in my own family.”  There’s also music, always to bring calm and joy to the nomadic crew. It might be Roy Jr. on guitar but it definitely extends to the boys in their mini performances using their own voices and instruments. “They love it, and that’s what it’s really all about,” Roy laughs.