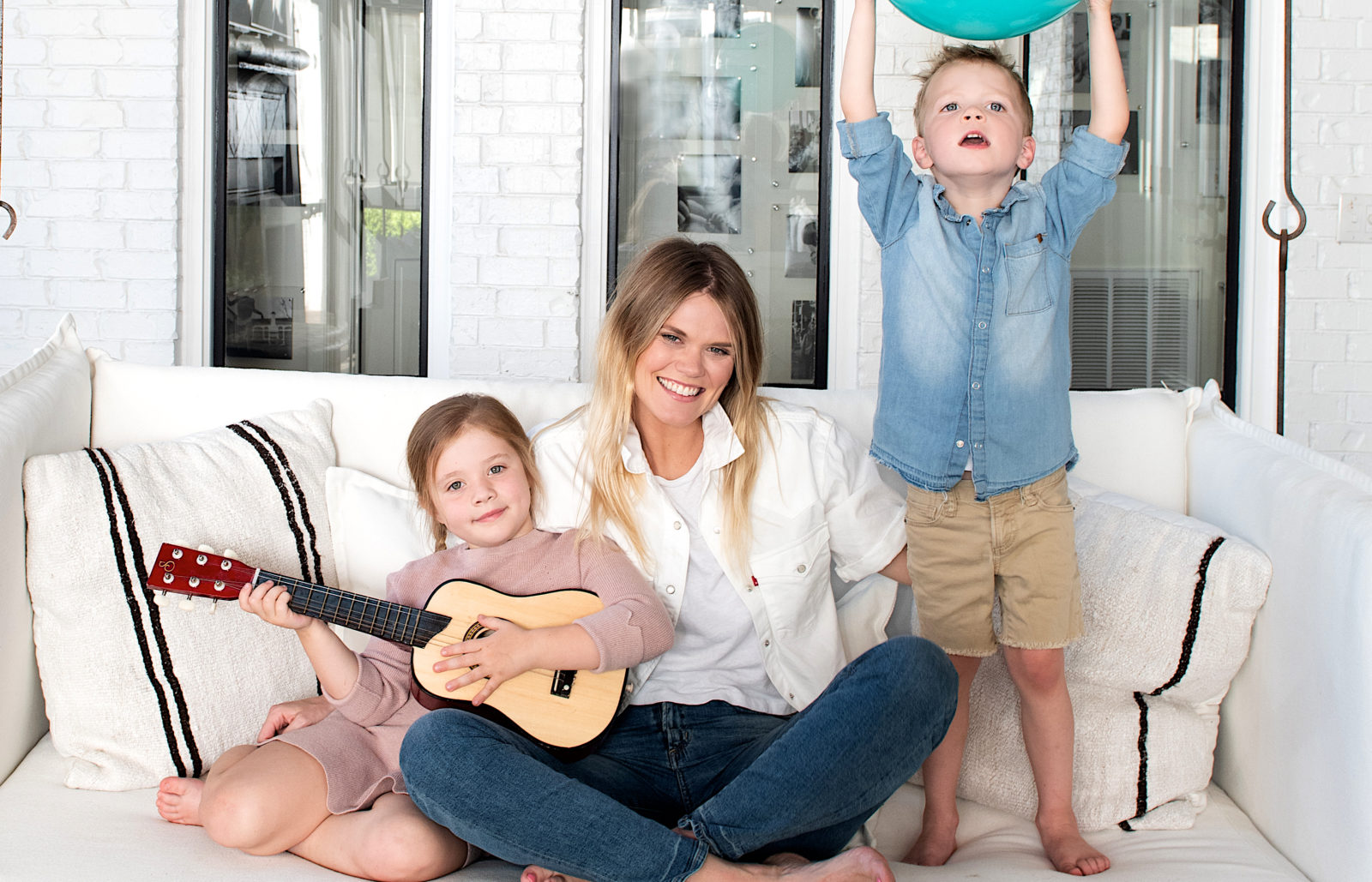 While society seems to believe that one’s “influence” is directly correlated to the number of followers they have on Instagram, we chose a different (and dare I say, authentic) approach when choosing our Leading Ladies. The women featured in our summer series, The Women’s Edit, are women who are true trailblazers in our beautiful, booming city. We wanted to highlight women who, like us, are creatives seeking to add more life and love to our community. The Women’s Edit is a salute to those making their own way, setting trends we want to follow and shifting how Nashville is viewed by the outside world. This forward-thinking group of women makes us want to do more, to be better and to challenge ourselves to tackle something new.

Each of our Leading Ladies will be at our Women’s Edit event on June 13th. Enjoy Moet Imperial Ice, hors d’ oeuvres, shopping, music and so much more.

This week’s Lady of the Moment?

The Nashville Edit: You recently had some major success for “Tequila”, the song picked up by Dan + Shay. How did you feel when they announced that award at the ACM’s?

Nicolle Galyon Clawson: “Tequila” winning Song of The Year has been such a huge lesson for me in just showing up every day no matter what. You never know what day might change your life and your career. I sure would not have predicted mine would be changed by a song about Tequila — because I don’t even drink it. Haha!

TNE: You also had your grand debut at the Grand ‘Ole Opry. How did that feel?

NG: Playing the Opry was one of those “you have to do this because you’re so scared of it” moments. I’ve always been the girl at the piano playing for the other girl who was singing. From church pianist to accompanying vocal majors in college, to now writing songs behind the scenes for other artists — I’m not groomed to be in the spotlight. But the weight of everything the Opry stands for gave me the courage to put myself out there in that way.

TNE: You’ve written with Luke Bryan, Dan + Shay, Keith Urban and Kenney Chesney (just to name a few). Who have you worked with that has made a major impact on you and your skill?

NG: They say the people you spend the most time with are the ones that you become. And so in this sense, I’d have to say the group of writers I came up through the ranks with back in the early years probably had the most impact on my skill. When you’re hungry to learn and don’t know the rules yet, it’s almost like the talents and tricks of your closest collaborators rub off on you — almost like osmosis.

“When you’re hungry to learn and don’t know the rules yet, it’s almost like the talents and tricks of your closest collaborators rub off on you — almost like osmosis.”

TNE: You were on season two of The Voice. What did you take away from that experience?

NG: The Voice taught me two things: that I didn’t want to be a performer, and that I am capable of so much more than I thought.

TNE: You love to throw your babies grand birthday parties. How do you come up with such great themes?

NG: Birthday parties are an extension of my creativity for me. Which, all creativity for me is ultimately trying to create moments. In songs, it’s creating a moment that might make you happy or sad or make the hair on your arms stand up. And it’s the same with [my kids’] birthday parties. I just try to cultivate an environment that will give my kids a moment to be the biggest version of who they already are — and hopefully a memory they can remember.

TNE: Having a Girl Gang like you do must make life in Nashville the most fun. Where do you all go for a GNO (Girls’ night out)?

NG: My favorite “girls night out” is actually a girls night IN on any one of my friend’s couches or back porches. I’ve found all the world’s problems can most likely be solved with wine in stretchy pants.

TNE: Where is your favorite place to grab a cocktail in Nashville?

NG: I honestly never have time to go out. I’m lucky to even get to the Restoration Hardware Café! So don’t ask me for any new hot spots! Ha!

TNE: How do you combat writer’s block?

NG: The best way to get through writer’s block is to just keep writing. But I do believe in combinatory play – which is the art of doing a secondary activity to help yourself get out of your own way when you’re stuck. Einstein apparently would stop and play the violin when he was stuck on something scientific he was trying to solve. And I think other forms of creativity — whether it be photography or even planning a birthday party —can help me open up the channels when I’m in a rut with songwriting.

NG: My creative process looks more like a discipline than an art. I treat my songwriting like a 9-5 non-negotiable exercise and believe that if I keep showing up consistently every day, that the luck will eventually fall in my favor. I think people have this perception that songwriters are sitting in coffee shops all day all caught up in our feelings. I don’t write when I feel like it. I write until I feel something.

“I don’t write when I feel like it. I write until I feel something.”

TNE: You’re originally from Kansas. What brought you to Nashville?

NG: Most people think I moved here to be a songwriter. But the truth is, I had never even written a song when I moved here. The real story is that I wanted to be an artist manager or agent and came here to go to Belmont. In hindsight, I now know that God just used Belmont as a way to get me here so I could figure out what I was REALLY supposed to be — a writer.

TNE: Where do you take the kids to burn off some steam?

NG: We built a little house back in my hometown of Sterling, Kansas a year ago to give our kids a chance to have some small-town roots, even though they’re growing up in Nashville. So we’ll be spending a lot of time there — just riding bikes all through the streets and swimming at the public pool and out on the farm ground getting dirty. Nothing like seeing children feeling the freedom of the great wide open!

TNE: How do you like to spend your mornings?

NG: I always say that my house needs to be in order (metaphorically and figuratively) before I can have enough mental bandwidth to be creative. So, I attack the mornings with a vengeance and as much structure as possible. It’s not like you can have a three-year-old and a five-year-old and actually relax in the mornings even if you wanted to. I generally wake up 5:30 to workout at 6, and try to have something sitting out for my kids to eat for breakfast before I leave, so if they wake up before I’m back we’ve gotten a headstart on the school routine. I’m also a religious bed-maker, and therefore so are my kids. To be honest, most days it feels like I’ve been up three weeks by the time I get to work!

Each of our Leading Ladies will be at our Women’s Edit event on June 13th. Enjoy Moet Imperial Ice, hors d’ oeuvres, shopping, music and so much more.